"The New World" Opens on March 22 in North America 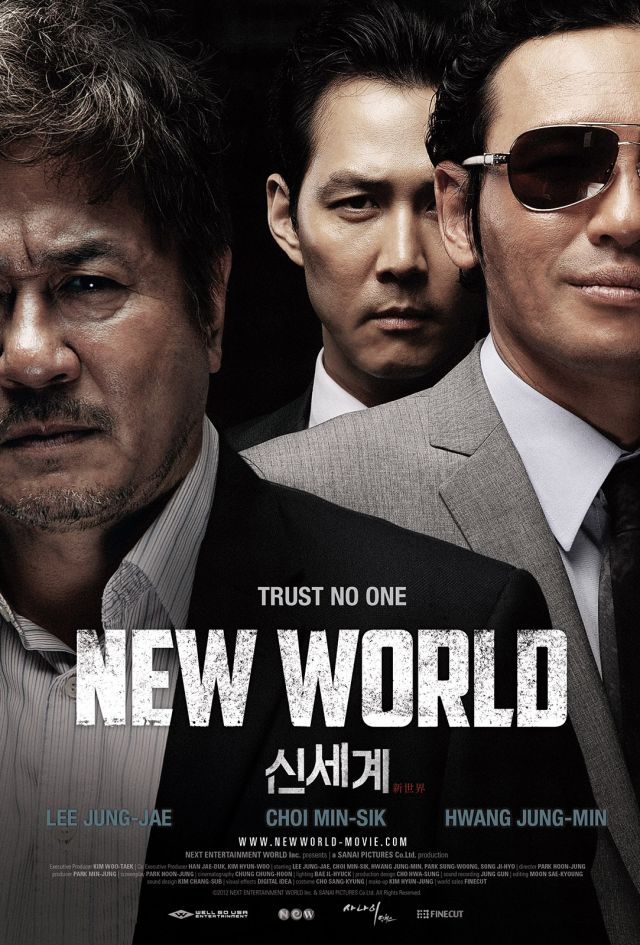 A remarkable gangster noir film, "The New World" (2013, Korea), opens on March 22nd. This Korean crime drama, which is influenced by Hong Kong's Infernal Affairs (remade by Hollywood as The Departed), proposes an original take on the genre. It will be released to audiences in 24 North American cities.

"The New World" is about a cop who is caught between his professional duty and the challenges of an undercover mission, struggling to complete his tasks without being revealed as a mole. "The New World" features a great lineup of South Korean stars, including Choi Min-sik ("Old Boy"), who plays the head of the Police department, Lee Jung-jae ("The Housemaid - 2010", "The Thieves") as Lee Joong-Goo, and Hwang Jung-min ("The Unjust", "A Bittersweet Life") who plays Jung Chung.

Synopsis:
Main character, Ja-sung is an undercover police officer, infiltrated by his superiors in Gold Moon, the biggest crime organisation in Korea, to investigate them. After eight years, he gains a significant position as the right-hand of the group's second-in-command leader, Jung Chung, who trusts him with his life. After the sudden and unexpected death of Gold Moon's boss, the group is left in a struggle for power between its two second-in-line leaders, Jung Chung and Lee Joong-Goo, opportunity seized by the police to launch an operation named "The New World", in order to influence the selection process, through relevant information provided by secret agent Ja-sung. After being discovered by the gangster who trusts him the most but then dies, the undercover cop starts to live in a constant fear of being exposed as a mole, but, in the same time, tries to fulfill his duty to his superior, policeman Kang. Experiencing an intense psychological struggle, Ja-sung ends up taking a shocking decision, no one would have expected.

"The New World" has ranked number one at the Korean Box Office for four straight weekends and just surpassed 4 Million admissions. The film is written and directed by Park Hoon-jung, an accomplished and the most promising director; his past works as script writer include: "I Saw the Devil" and "The Unjust" (2010). His newest production has a unique look, thanks to the work of cinematographer Chung Chung-Hoon (Stoker by Park Chan-wook; currently playing in theaters), whose angles and camera movements add a whole other layer to the work.

""The New World" Opens on March 22 in North America"
by HanCinema is licensed under a Creative Commons Attribution-Share Alike 3.0 Unported License.
Based on a work from this source