The Oppas Are Back 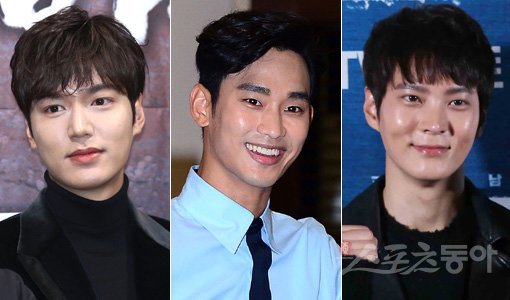 Stars in their early 30s get discharged from the military. Lee Min-ho, Im Si-wan, Kim So-hyun come back. Lee Min-ho stars in Kim Eun-sook's "The King: Eternal Monarch". Im Si-wan, Kang Ha-neul and Ji Chang-wook to come back in August - September. Joo Won and Kim Soo-hyun aim for a comeback early next year.

Stars who have been playing the main roles on the small screen for a while, and left the audience for two years after being called by the nation are getting ready to return. Lee Min-ho (32), Kim Soo-hyun (31), Im Si-wan (31), Ji Chang-wook (32), Joo Won (31) and Kang Ha-neul (30) are some of them. They were actively involved with acting until right before they left for National Service, and anticipation for them is not only heightening in the showbiz, but amongst viewers too.

Lee Min-ho chose to come back with "The King: Eternal Monarch" even before he got discharged from the military on the 25th of April. He's reuniting with writer Kim Eun-sook, who also wrote the 2013 drama "The Heirs" in which Lee Min-ho played the leading role. Kim Soo-hyun is also aiming for a comeback next year. As he was being discharged he said, "I'll see you next year". The two stars are also famous in all of Asia and the Hallyu heat is expanding. 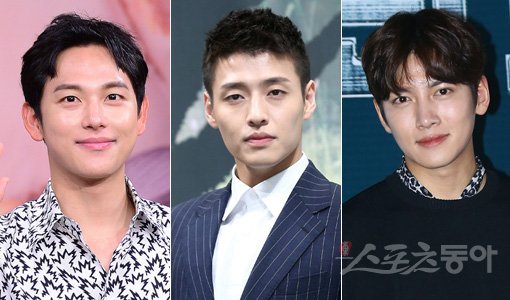 Im Si-wan, Kang Ha-neul and Ji Chang-wook are coming back in August. Im Si-wan, who solidified his reputation as an actor with several movies before he enlisted in the military, is coming back with an OCN drama called "Strangers from Hell". Kang Ha-neul is coming back with the KBS 2TV drama "When the Camellia Blooms" on the 18th of September as a naïve policeman. Ji Chang-wook begins his activities with the tvN drama "Melting Me Softly" on the 28th of September as a star producer who gets frozen and wakes up 20 years later. It is produced by Sin Woo-cheol and written by Baek Mi-kyeong.

The showbiz welcomes them. This is even more so because there are no major topics to talk about in the lineup of various dramas. Kang Byung-taek from the KBS drama department said, "The return of those from the military will thicken the list of names to choose from for future casting. We hope their different colors and traits bring life into the drama industry".

"The Oppas Are Back"
by HanCinema is licensed under a Creative Commons Attribution-Share Alike 3.0 Unported License.
Based on a work from this source