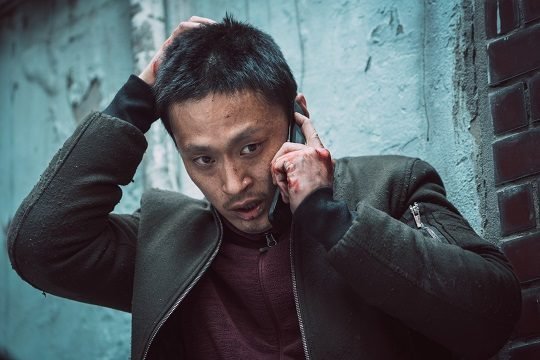 Rookie actor Kim Sung-gyu put on a bone-chilling performance in the movie "The Outlaws".

Kim Sung-gyu takes on the role of Yang-tae, the action head in Jang Chen's (Yoon Kye-sang's) gang in the movie "The Outlaws", which is currently number 1 in the Box Office. One particular scene when Yang-tae is beaten up by another criminal gang and smiles with his face covered in blood was enough to chill the audience with fear.

Kim Sung-gyu portrays his character multi-dimensionally; sometimes angry and sometimes appearing as innocent as a child. He was chosen out of a thousand competitors for this role.

Director Kang Yoon-Sung of "The Outlaws" says, "I didn't know what to make of Yang-tae's character, but as soon as I saw Kim Sung-gyu at the auditions, I knew that he was Yang-tae. He is Yang-tae to the core and he's a born actor. He's going to be a successful one".

Kim Sung-gyu has been in theater until now and has a strong base in acting.

""The Outlaws" Kim Sung-gyu's bone-chilling performance "
by HanCinema is licensed under a Creative Commons Attribution-Share Alike 3.0 Unported License.
Based on a work from this source