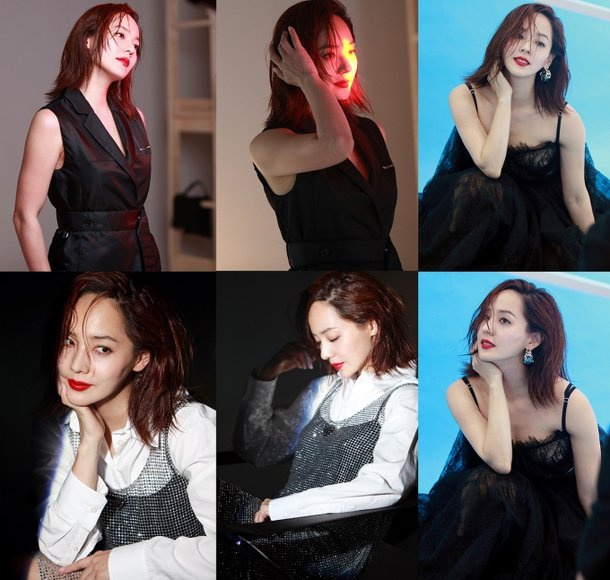 A behind-the-scenes photo cut featuring actor Eugene's unique aura, which is drawing favorable reviews from viewers for its dense acting skills, has been released through the SBS drama "The Penthouse 3".

The agency In Company released a behind-the-scenes cut of Eugene's photo shoot on June 10th.

In the released photos, Eugene is catching the eyes of viewers with different charms and unique aura in various concepts. The pictorial was conducted with a concept that emphasized chicness and charisma in contrast to Eugene's usual bright image. Eugene, who played various costumes, including an all-black sleeveless suit and a colorful dress with jewelry decorations, completed the unique pictorial with only gestures and facial expressions without any props.

According to the officials, Eugene shared various opinions with the staff throughout the shoot to make the best cut. Rumor has it that she successfully finished the shoot by not only freely using her eyes and poses as a pictorial master, but also leading the fun and friendly atmosphere of the scene.

Eugene is loved by viewers for playing Oh Yoon-hee in SBS' top-notch drama "The Penthouse 3". Eugene, who has played a long-acting season drama with stable acting skills following "The Penthouse" and "The Penthouse 2", is enjoying a second heyday, signing advertising model contracts with various brands thanks to the popularity of the drama.