"The Penthouse 3" Writer Kim Soon-ok, "I Was Criticized in the Beginning, 30% Seems Like a Dream" 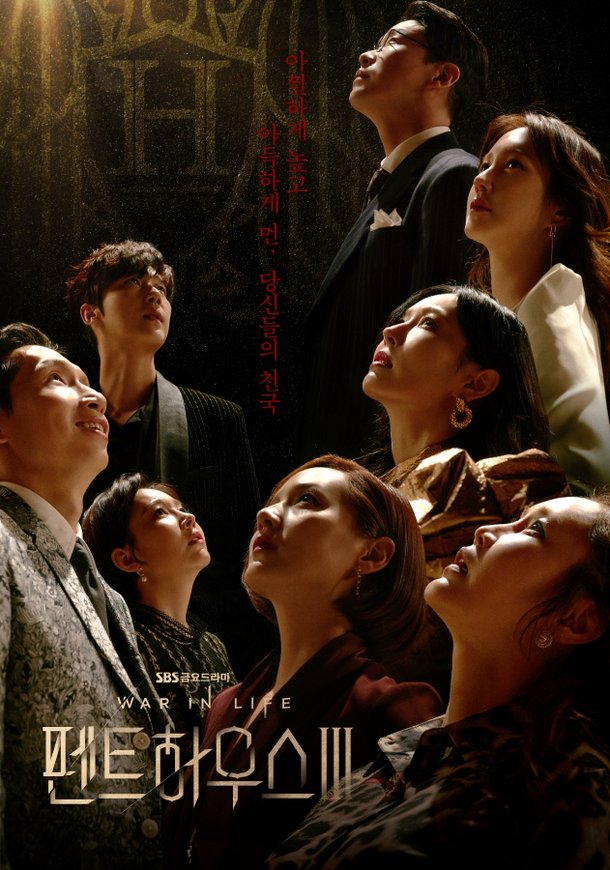 "The Penthouse 3" which first aired on the 4th, recorded 21.9% in viewership, breaking the season's best performance of the first episode, portraying a strong development which rises with the full end of the tragic ending. In this regard, we shared a Q&A session with writer Kim Soon-ok, who gives both excitement and surprise in each episode with her addictive writing skills, with questions about "The Penthouse 3".

Q1. The highest ratings in "The Penthouse 2" exceeded 31.5%. "The Penthouse" has already made another history, surpassing 30% in 5 years among groundwave mini-series dramas. How do you feel about this?

There are dreamlike things happening. I was criticized so much at the beginning that I prayed that I could finish the drama until the end. When the final episode of "Sister is Alive" came out with 24%, I talked about it with the director and said that it won't be possible to surpass this rating. But then again this miraculous thing happened. I appreciate the opportunity to finish the story I was about to say. I will do my best to achieve the beauty of succession.

Q2. "The Penthouse 2" emphasized 'punishment'. What message did you want to convey through the first and second seasons of "The Penthouse" as the characters who literally did evil deeds, paid the price?

Season 1 was centered on the story of 'the endless desires of men' and season 2 was focused on 'punishment for sin'. Like the motif 'no man is ever satisfied and tries to rise higher up', man is deficient and continues to commit crime because of that deficiency. Even now, people with ten houses are upset that they are not able to buy 11 houses, and those who are loved by a hundred people seem to be unhappy because of one person who does not love them.

I'm grateful that there were so many great scenes from "The Penthouse" thanks to the director. In season 1, my favorite would have to be the scene from episode 20 where the people from Hera Club escape from the van and swim across dirty waters. Ma-ri's (Shin Eun-kyung) narration mentions a fantastic party at Hera Palace but it contrasted with the scene where the people struggled to surpass each other in the muddy waters and I bet the viewers had a sense of bliss too. If those people had pleaded for forgiveness then, things wouldn't have continued to be tragic in the next season. Punishment is carried out to those same people in "The Penthouse 2". The scene where Shim Soo-ryeon (Lee Ji-ah) disguises herself as Na Ae-gyo and pretends to be hit by Joo Dan-tae's (Uhm Ki-joon) car then locking herself up in the basement and asking 'what day is it?' to the police who find her, was the most fun scene I had to write. I had a moment of stagnancy because I couldn't think of what to write but that scene helped me continue out my story.

I also have two children who took entrance exams, so I have been closest to education and real estate issues. I also saw housing prices colluded around the community of newly built apartments, and I was depressed by the sense of loss as the price of the next apartment doubled in a few years. I have to be calm that it's not for me, but it doesn't happen that way. It was a coincidence that school violence and real estate speculation became social issues. I was surprised too. In "The Penthouse", the public petitioned for the suspension of the drama, saying that the school violence issue was uncomfortable to watch, and it was criticized a lot but in "The Penthouse 2", it was rather encouraging. I got courage, too. It's a bit uncomfortable, but I think it's fortunate to be able to deal with some of the evils of domestic violence, unfair education and real estate issues.

I think we've all met a Min Seol-ah at least once in our lives. We may have hurt her, bullied her and abused her just for the reason that she's not as well of as us. The same goes for me. I don't think anyone is irrelevant on this issue. Like Jenny (Jin Ji-hee) in the drama, I think sometimes I can be an assailant or sometimes a victim.

Q5. Many newly-coined words have been created since "The Penthouse", what do you think about this?

Terms like 'Soon-ok's approval' probably came from lack of probability. I understand. As many events break out in the drama and suddenly get caught up in new events, viewers must have been confused as the character's feelings were not properly pointed out and the dead people came back to life one by one like a zombie. I was also asked if it was a revival special. Once, there was an advertising offer from a game company. Maybe it's because the setting of 'never dying and staying alive' fits perfectly as a game character. I reflect on myself while watching the drama, and tell myself, I'm going to fix it! I'll never save you! But in the end I'm doing just that. I'm just so grateful and ashamed that the new words were coined by viewers to protect and defend the drama.

Q6. What was the biggest problem you faced while writing "The Penthouse"?

I heard many young people watch "The Penthouse" because the story unfolds quickly. I do worry when there are scenes that are horrible. While dealing with extreme human emotions and events, cruel scenes were inevitable, and it was said to be kept to a minimum, but it was very worrisome because it might have been uncomfortable to see.

Q7. "The Penthouse" is characterized by not only all characters playing in the right place, but also having a distinct narrative. The roles of actors who digest Kim Soon-ok's writings in their own colors also seem to be a big part.

Our actors are, indeed, gift-like beings. They made probability through their acting, and even if they were a villain, they tried their best to get into the emotion by sticking to the script. Perhaps that trust came from our little drinking session. After casting in the beginning we had a drinking party and formed a kind of bonding. (We never got around to meeting up again because of COVID since then. We couldn't even have a end-of-drama party. When COVID is over, we will surely have a get together".

In particular, I would like to take this opportunity to express my gratitude to Eugene, who plays Oh Yoon-hee. In "The Penthouse", when she became a murderer who killed Min Seol-ah, she was criticized a lot, and she must have panicked, but she never complained, and focused on the script thinking about how to be the most like Oh Yoon-hee. I'm just grateful that she played the most realistic character where good and evil coexist with that pretty face.

The actors' good performances in this drama were solely made by them. I think actors make a living on the field. At the scene, it is imperative to breathe into the script and create their own characters. Park Eun-seok, the most Logan Lee, the most Ma Doo-gi, Ha Do-kwon, Kim Rosa, the most butler-like, and Kim Young-dae, the most Joo Seok-hoon, were expected. Fortunately, I am proud that young actors have grown their characters well by working directly with their seniors, sometimes learning and sometimes competing. They have so much potential for the future. In particular, I was so proud to see the three secretaries opening the door of this season 3's special 'hidden room' and showing off their talents. It was the happiest moment. (Oh, Kim Rosa! I don't hate you. I love you so much. I couldn't be with you until the end, but I respect you and I am a big fan. I'm always rooting for you!)

Q8. As popular as "The Penthouse" is, there are so many speculative comments among viewers. Among them, there are many opinions on the character's name, including the name Joo Dan-tae from the song "Dante's Song" based on the motif of Dante and Jupiter (Zues) and the name of Bae Ro-na which is after the motif of "Verona" in Italy, the background of "Romeo and Juliet".

The characters were named through meeting with assistant writers. 'Bae Ro-na' is named after the Italian city where the opera festival comes to mind, and Zeus is not specifically in mind for the name 'Joo Dan-tae', but it is named with the strongest nuance. The first name I came up with was Oh Yoon-hee, and I wanted to name it a common name that everyone would know. In fact, it is very difficult to name characters in a drama. I don't have any talent in that department, but luckily this time, I'm glad that the names fit the characters well.

Q9. How would you describe "The Penthouse 3" in one word?

I would call it 'destruction'. Humans commit sin and the whole world comes down. However, new skies and land open up even amidst chaos and sprouts begin to spring.

Q10. How do you want viewers to remember "The Penthouse"?

I remember a comment left by a viewer. "I want to see how Cheon Seo-jin will live on forever". As a writer, it was a very grateful comment. If you wonder how all the characters will live even after the drama is over, it will be the most rewarding and joyful thing. I also remember when I was young, I couldn't get out of it even after the end, and I wanted to be happy thinking about the characters in the drama, and even interacted in my dreams. (Jae-ho from "Did We Really Love" by Noh Hee-kyeong still appears in my dreams). Another one! I hope you think the house you live in now is the happiest. I don't think I can live in a penthouse for a day because I'd have a headache.

Q11. Lastly, is there anything you'd like to say to the viewers?

Thank you for waiting two months. The actors, writers, directors and staff will do our best. Stay tuned for the ending as it might be what you are thinking, or not. I hope it thrills you.

Meanwhile, the SBS Friday drama "The Penthouse 3" broadcasts every Friday at 10PM.