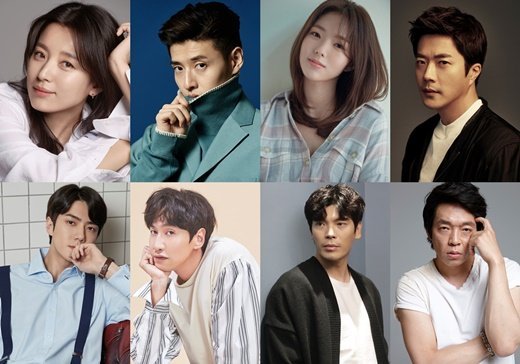 The movie "Pirates", which was released in summer 2014 and attracted 8.66 million viewers, will return with a new story, "The Pirates: Goblin Flag" (director Kim Jeong-hoon-II).

"The Pirates: Goblin Flag" is a comic action adventure film about the thrilling and exhilarating story of those who gathered at sea to take the last treasure of the Goryeo royal family, which disappeared without a trace since the founding of Joseon. "The Pirates: Goblin Flag", the second story of Korea's unique historical drama action adventure after "Pirates", which is evenly made up of the three major parts, including a story of fresh ideas, a group of charming characters and spectacular sights unfolding on the sea, will introduce a complete and powerful young cast.

Kang Ha-neul, who has established himself as a popular actor in name and reality through the films "DongJu, The Portrait of A Poet", "Midnight Runners", "Forgotten" and the recent drama "When the Camellia Blooms" is expected to play the role of Woo Moo-chi the leader of a righteous army who unexpectedly fell on a pirate ship, giving off a more pleasant and energetic charm.

Han Hyo-joo, who entered Hollywood with the U.S. drama "Treadstone" following her reputation in "Masquerade", "Innocent Witness" and "Beauty Inside" has been picked for the role of the legendary pirate Dan-joo Hae-rang, showing a new side like never seen before.

Lee Kwang-soo plays the role of Mak-yi, a pirate who is good at individual play, providing laughter and fun with his deft acting, while Kwon Sang-woo plays the role of Bu Heung-soo, who competes against the pirates over hidden treasures, adding tension to the play.

"The Pirates: Goblin Flag" is written by Cheon Seong-il and directed by Kim Jeong-hoon-II.