The popular Korean movie "Punch" will be punching its way to a theater near you! 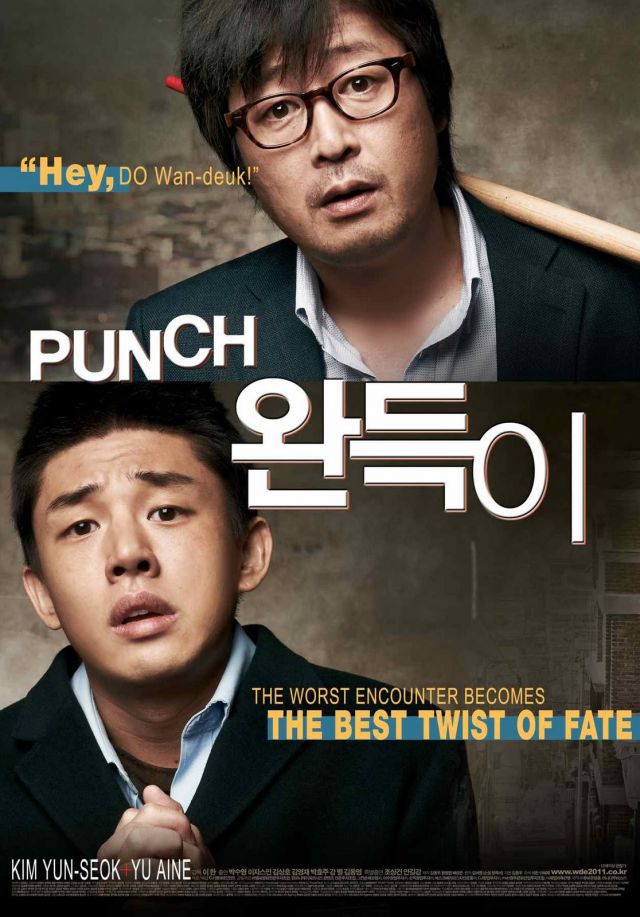 It will "knock you out" with its humor and heartfelt moments!

"Punch" will be making its way to the CGV Cinemas in Los Angeles on November 18, 2011 followed by a NATIONWIDE release on December 2, 2011!

This film, featuring the new rising star Yoo Ah-in, will surely punch its way to the top of the box office!

"Punch" is the film adaptation of the one of the best-selling novels "Wandeukyi" in Korea, having sold over 700,000 copies since its publication. The story follows the life of a troubled, soft spoken, and underprivileged youth who has the unfortunate luck of living next to his high school homeroom teacher who always finds a way to make his life miserable both at school and at home. This coming of age movie follows the relationship of the two characters, Wandeuk and his teacher Do-Jun, as they develop their love-hate student-teacher relationship into one that is much more meaningful and fulfilling.

This film boasts one of the best Korean actors and director in the film industry today. The mix of veteran actors such as Kim Yun-seok - who's previous works include highly successful films such as "The Chaser" and "Tazza: The High Rollers" - and the up-and-coming actors such as Yoo Ah-in - "Sky and Sea" and hit tv drama "Sungkyunkwan Scandal" - creates a perfect blend of humorous and touching moments throughout the film. Lee Han takes over the helm of the film after having directed numerous critically acclaim films such as "Almost Love" and "Lover's Concerto". His heartwarming brand of directing along with his attention to detail helps elevate this film to another level. 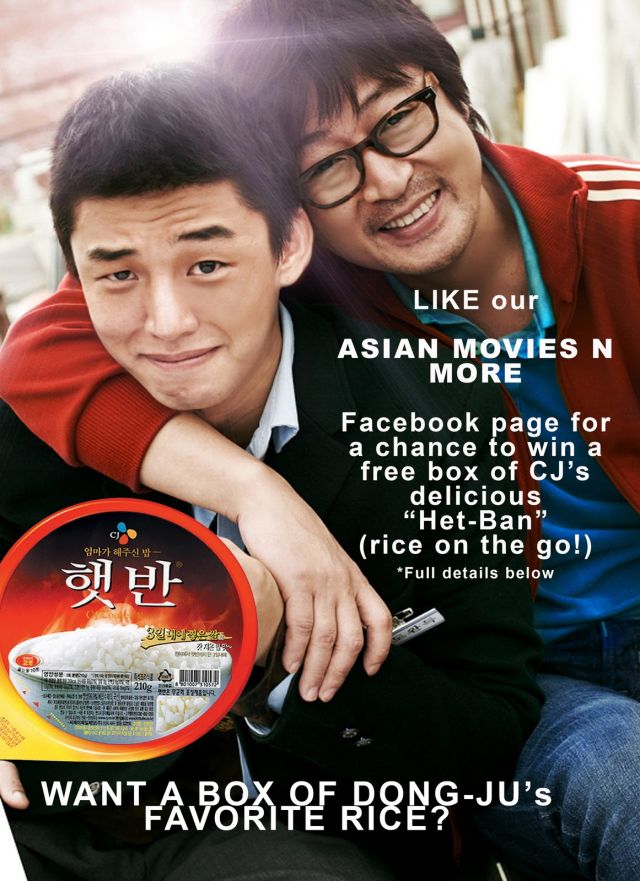 Have you ever wanted rice but were too lazy to wait for it to cook?  Then wait no more! You can win your very own box of to-go rice and eat on-the-go!

Here's how you can WIN:

2. Write your name and email on the promo page of "Punch"

The Event Deadline is December 9, 2011 @ 11:59PM PST and the RAFFLE WINNERS will be contacted via facebook.