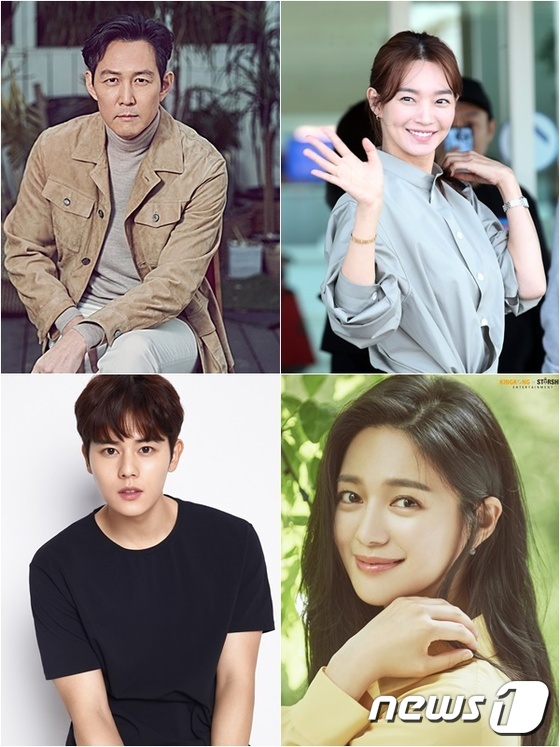 The new JTBC drama "Chief of Staff" has a full line-up.

"Chief of Staff" is the survival story of Jang Tae-joon (Lee Jung-jae), an aide amidst the political gamble and fight for power.

"Chief of Staff" is produced by Studio And New and directed by Kwak Jeong-hwan. The screenplay is written by Lee Dae-il.

Lee Jung-jae comes back with this drama after his long-run in film with successful hits like "The Face Reader", "The Assassination" and "The New World". He plays Jang Tae-joon, head assistant to a four-time lawmaker. He graduated Police Academy with honors and was a part of the special unit, but he joined the National Assembly for more authority. His strong intuition and cold judgment as well as his competitiveness made his congressman the head of a party. However, he's not satisfied and chases even bigger dreams.

Shin Min-a's Kang Seon-yeong is an eligible lawyer with experience in hosting a current affairs TV show. She did her best to become the best and she isn't ashamed of her capabilities and achievements. She faced difficult challenges and now she's a role model for other women. However, she doesn't work well with aides and she especially doesn't get along with Jang Tae-joon who takes care of the congressman who rivals the congressman that nominated her.

Kim Dong-jun plays Han Do-kyung, a temporary intern in the NA. He's confused, but his eyes shine and he's bold enough to express thoughts on his mind.

Lee Elijah plays Yoon Hye-won, a young woman whose hard work made her a class 6 aide. Although she works harder than anyone to achieve her goals, she always finds the right path and stays on it. She works with Jang Tae-joon in the congressman's office.

"Chief of Staff" comes out in May.