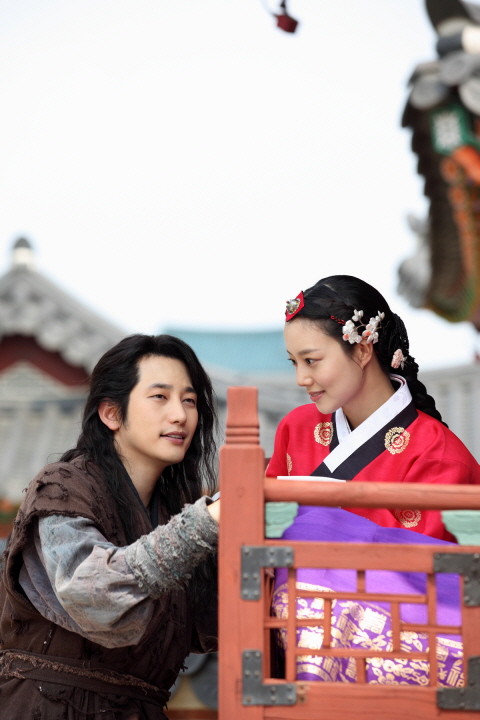 Many foreign fans gathered to watch the poster shooting of the Chosun version "Romeo and Juliet".

"The Princess' Man" is based on a case in the Chosun times newly created in the vision of the second generation.

This drama is the Chosun version of "Romeo and Juliet" which draws the destined romance of Kim Seung-yoo (Park Si-hoo) and Se Ryeong (Moon Chae-won) whose fathers Kim Jong-seo and General Soo Yang are enemies.

The two exchanged loving looks with each other at the poster shoot.

According to the productions, foreign fans that were touring the palace recognized the actor and actress and stayed to watch the shoot.

After the shooting, Park Si-hoo said, "I felt fluttery and love the moment I saw Se Ryeong. I look forward to the shoot. It is heart breaking, their love story and I will work hard to make that feeling be delivered to the viewers.

""The Princess' Man" Moon Chae-won, Park Si-hoo's poster shoot... foreign fans gather"
by HanCinema is licensed under a Creative Commons Attribution-Share Alike 3.0 Unported License.
Based on a work from this source