The Rush of the '88 Born, From Park Seo-joon and Jung Hae-in to Ok Taecyeon and Kim Soo-hyun 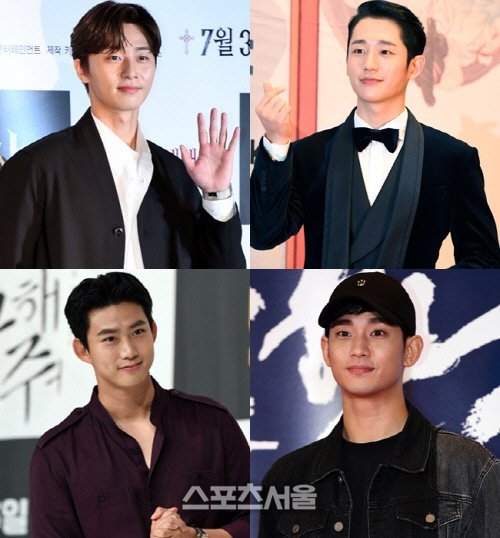 From Park Seo-joon to Kim Soo-hyun, actors born in the year 1988 are taking over dramas this year.

Lee Min-ho, Kim Soo-hyun and Im Si-wan had to take a leave of absence to serve their duties to the country, and there others that filled in the empty spots as 'box office guarantee actors'. They are Park Seo-joon and Jung Hae-in. These two completed their military duties at the early ages of 20 and 21 and debuted as actors. Thanks to that, they were able to focus on their careers as actors without a hiatus, taking over the top positions in the drama industry.

Park Seo-joon is coming back with a drama for the first time in a year and a half. Based on a webtoon of the same name, "Itaewon Class" is about a 'hip' revolt by stubborn and courageous youths living in this unfair world. It contains the starting of businesses of those who pursue freedom with their own values on a small street in Itaewon. Park Seo-joon takes on the role of Park Sae-roy, a young man who takes over Itaewon with just his beliefs. He last starred in the KBS 2TV drama "Fight For My Way" and the film "Midnight Runners".

Jung Hae-in, who starred in the jTBC drama "Pretty Sister Who Buys Me Food" and gained the nickname 'the nation's boyfriend', is coming back with the new tvN drama "A Piece of Your Mind", a romantic drama about the relationship between an AI programmer and a recording engineer. Jung Hae-in, who displayed strong chemistry with Son Ye-jin and Han Ji-min with his trademark 'innocent' image, will be in a new romance with Chae Soo-bin. 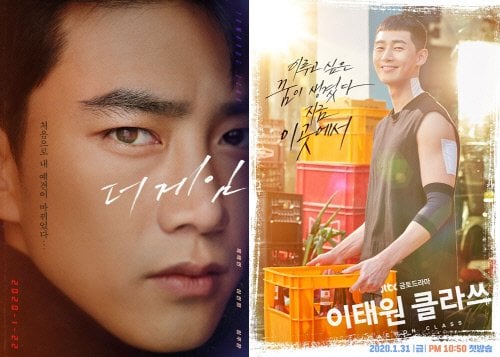 Other actors born in 1988 are Ok Taecyeon and Kim Soo-hyun, who are getting ready for phase 2 of their careers after their military discharges.

Ok Taecyeon, who went from idol to actor, is coming back with the new MBC drama "The Game: Towards Zero", a story of a prophet named Tae-pyeong (Ok Taecyeon), who sees the moment right before death, and a homicide detective named Joon-yeong (Lee Yeon-hee) finding the truth behind a series of murders. His final drama before he joined the military was OCN's successful series "Save Me", and he reunites with actress Lee Yeon-hee for the first time in 6 years since the film "Marriage Blue".

Kim Soo-hyun, who has been wanted everywhere since his completion of the military service, chose to star in the tvN drama "It's Okay to Not Be Okay", a fantasy romantic drama about a psychiatric ward caregiver living on 1.8 million won (approximately $1530) and an impulsive fairy tale writer suffering from antisocial personality disorder. He co-stars with Seo Yea-ji, who belongs to the same agency as him. Kim Soo-hyun rose as a Hallyu star when his dramas like MBC's "The Moon Embracing the Sun", SBS's "My Love from the Star" and KBS 2TV's "Producers" all made successful box office hits. He recently made a special appearance in the tvN dramas "Hotel Del Luna" and "Crash Landing on You".

It is a golden time for actors in their early 30s, as they can display freshness and youth as well as experienced maturity. They are also at the age where they can focus solely on acting and put their military services behind them. "Their view of life is wider than in their 20s, so they can think more freely and express their feelings more and more", says a source.