The secret of the Blossom Three, Song Joong-ki, Park Bo-gum and Cha Tae-hyun 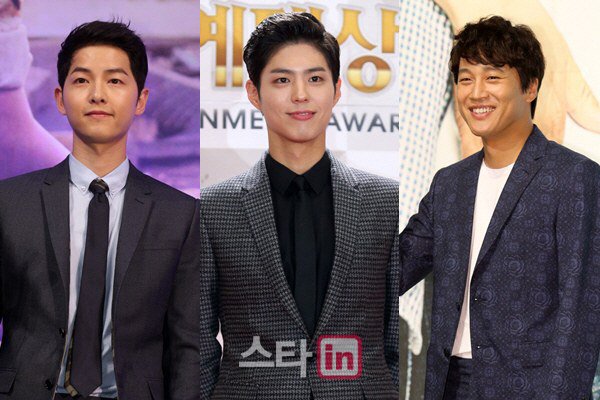 The 'it' actors Song Joong-ki, Park Bo-gum and Cha Tae-hyun were the result of Blossom Entertainment's effort.

Song Joong-ki, Park Bo-gum and Cha Tae-hyun all belong to Blossom Entertainment. They actively engaged with KBS to build a base to their popularity and the same goes for all three of them as they appeared in KBS dramas, TV shows and more.

Song Joong-ki and KBS go way back. He was at KBS as a rookie and practically grew up there.

After he was discharged, Song Joong-ki went on to the KBS drama "Descendants of the Sun" and became a Hallyu Star. Based on this popularity, he became the first celebrity to appear in the KBS "News 9".

- Park Bo-gum, turns out to be KBS loss

Park Bo-gum became a star with the tvN drama "Answer Me 1988". However, he started out with KBS in the beginning like Song Joong-ki.

Park Bo-gum appeared in the KBS 2TV drama "Bridal Mask" in 2012, "Very Good Times" and "Tomorrow's Cantabile" in 2014 and "Remember You" in 2015. However, he only rose to fame with "Answer Me 1988". He was lined up for "Moonlight Drawn by Clouds" after that as Prince Hyo Myeong. He may be well known for tvN but he started out with KBS.

Park Bo-gum is currently the MC for "Music Bank" along with Irene from Red Velvet and he stood MC for the KBS Drama Awards with Jun Hyun-moo and Kim So-hyun.

Actor Cha Tae-hyun became the base for Song Joong-ki and Park Bo-gum's success. He is currently engaged with the KBS weekend variety show "1 Night 2 Days" and this allowed him to mingle with the core network of KBS.

"The secret of the Blossom Three, Song Joong-ki, Park Bo-gum and Cha Tae-hyun"
by HanCinema is licensed under a Creative Commons Attribution-Share Alike 3.0 Unported License.
Based on a work from this source