"The Shameless" Jeon Do-yeon opens her closet for character 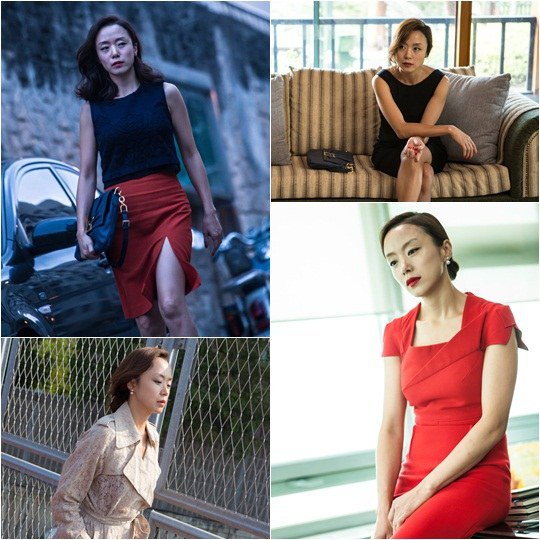 Actress Jeon Do-yeon is taking much concern about her outfits in "The Shameless".

She plays Kim Hye-kyeong in the movie "The Shameless". She is a former call girl and second mistress to a chairman but is now living the worst days of her life with a debt of over 500 million won.

Jeon Do-yeon said, "She's living the lowest point of her life but she doesn't want to seem messy. This is my affection and investment in the movie. If Hye-kyeong can shine, then I don't think money matters".

Director Oh Seung-wook said, "She's not too shabby and not to fancy. She's just right. Jeon Do-yeon did a great job in creating the character of Kim Hye-kyeong".

"The Shameless" is about a detective who hides the truth and a killer's woman who wants to believe it even if it's a lie and stars Jeon Do-yeon and Kim Nam-gil.

"The Shameless" will be released on the 27th.

""The Shameless" Jeon Do-yeon opens her closet for character"
by HanCinema is licensed under a Creative Commons Attribution-Share Alike 3.0 Unported License.
Based on a work from this source