"The Slave Hunters" ratings storm ahead 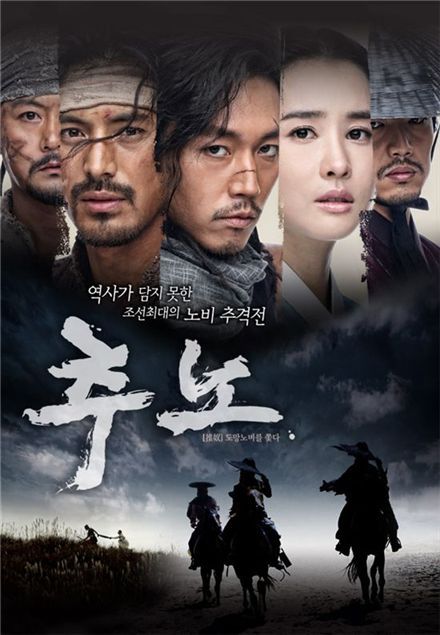 KBS2 TV series "The Slave Hunters" sailed ahead of its competitors on Thursday, its ratings breaching the 30 percent mark in just two weeks of its showing.

According to estimates released by TNS Media Korea on Friday, "The Slave Hunters" scored a national viewership rating of 30.8 percent for its fourth episode which aired on Thursday. The drama had recorded a 27.2 percent rating the previous night.

The show failed to surpass the 30 percent mark in statistics released by AGB Nielsen, but the viewership leapt by nearly two percent to record ratings of 28.2 percent.

The traditional drama -- which stars Jang Heouk, Oh Ji-ho and Lee Da-hae -- made a splashing debut last week with a 24.8 percent rating and has been gaining more viewers with each episode.

Two other prime-time dramas during the same time slot -- SBS's "Will It Snow for Christmas??" and MBC's "Hero - Drama" -- trailed behind with viewership ratings of 11.7 and 5.0 percent, respectively.

""The Slave Hunters" ratings storm ahead"
by HanCinema is licensed under a Creative Commons Attribution-Share Alike 3.0 Unported License.
Based on a work from this source