"The Sound of a Flower" Suzy filmed for 10 hours 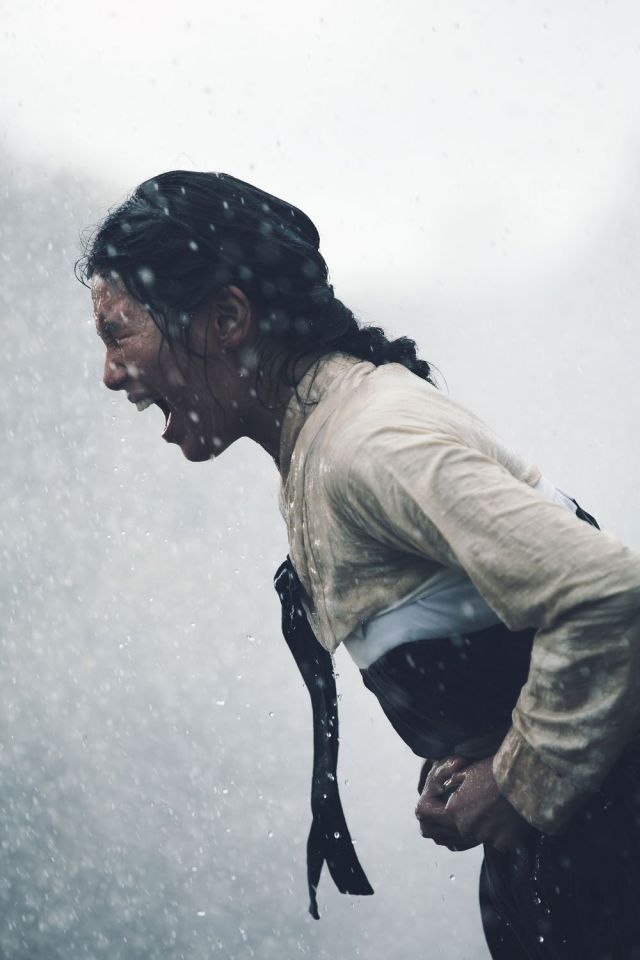 Movie "The Sound of a Flower" cast Suzy in the role of female singer Jin Chae-seon, was seen in stills that show how hard she is working for the movie.

"The Sound of a Flower" is the story of the first female singer Jin Chae-seon (Suzy) from the Josun times when only males were allowed to sing and her master Sin Jae-hyo (Ryu Seung-ryong).

Jin Chae-seon learned how to sing by overhearing the sounds coming from Sin Jae-hyo's den and after she becomes his student, she learns how to sing properly. Suzy overcame the rough weather in mountains and plains to act out Jin Chae-seon.

The scene on the rocks was taken for 10 hours to express how Jin Chae-seon never stopped practicing rain or shine in just a layer of Hanbok. 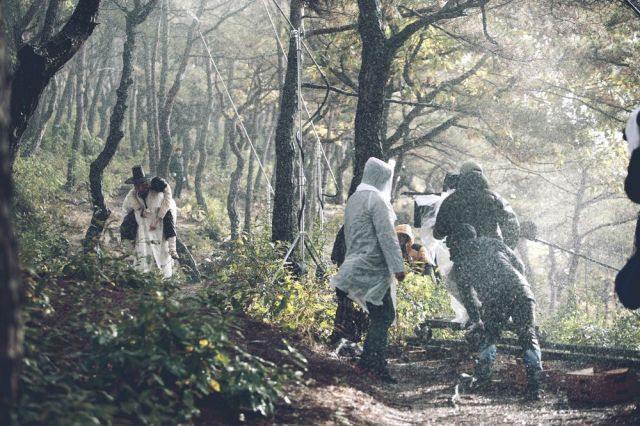 Other scenes of her practicing were taken in waterfalls and mountains and other beautiful places in Korea.

Suzy said, "The set was cold and warm. Everyone stood in the rain and wind in this weather but we all came together for each other".

Ryu Seung-ryong said, "Suzy is like white paper. She has unlimited potential and she did it. Although "The Sound of a Flower" is a tough movie to make, she withstood the pain and hardships and I realized she would grow to be a better actress in the future".

Suzy's bright and innocent appeal is sure to mesmerize the public in the movie that is coming on the 25th. 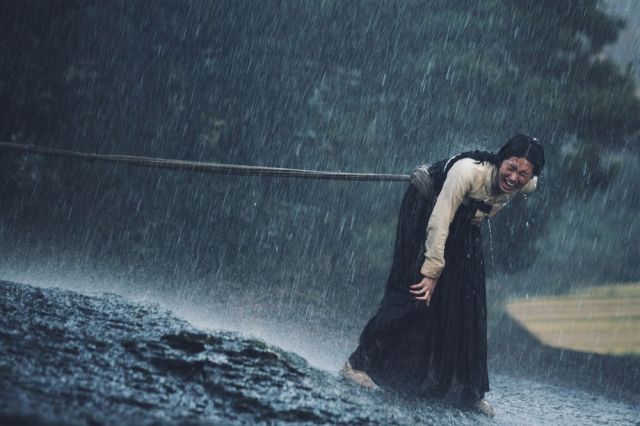 ""The Sound of a Flower" Suzy filmed for 10 hours"
by HanCinema is licensed under a Creative Commons Attribution-Share Alike 3.0 Unported License.
Based on a work from this source