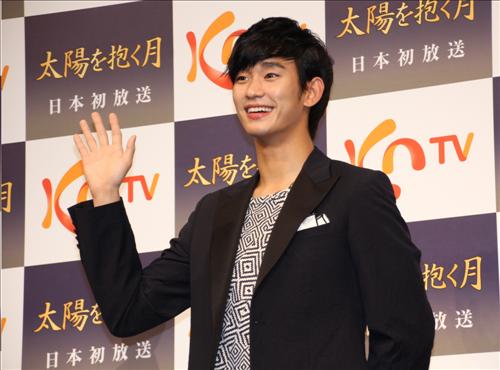 Stage appearance in celebration of the first broadcasting in Japan

"I still can't forget the cohesion of actors and staff and the feeling of the site".

Hallyu star Kim Soo-hyun made an appearance at the Hanmadang Hall in the Korean Cultural Center in Sinjuku, Tokyo celebrating the start of "The Sun and the Moon" hosted by KNTV.

In a press conference that was held irrelevant to the event, Kim claimed, "I was attracted by the scenario. Leading politics and ordering the men and the love that was never fulfilled seemed like a lot to me but it was that much more tempting".

"We endured the cold, hunger and sleep together until the very last and the cohesion between cast and staff made the drama possible".

"When we shot the scene where Lee Hwon (Kim Soo-hyun) realized the exorcist Wol (Han Ga-in) was the Yeon-woo he loved, everyone on site cried. I still can't forget the feeling. It was a great experience for me".

He continued, "To pull off the character, I referred to the comic The History of the Three States".

"The teamwork between everyone on the team is what created this drama and not my performance. I was able to meet good people through it and everything is a challenge for me".

Kim Soo-hyun noted his reputation through the drama "Dream High" that was aired in July last year as Song Sam-dong. "The Sun and the Moon" will be broadcasted for the first time on the 18th of august on KNTV. 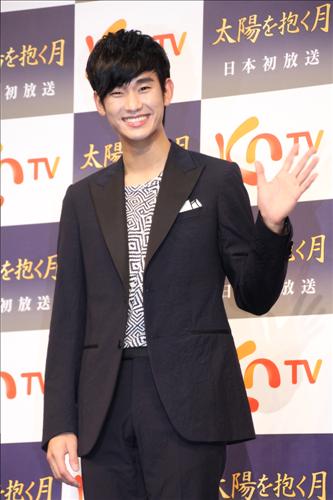 ""The Sun and The Moon" Kim Soo-hyeon "I can't forget the sense of unity on site""
by HanCinema is licensed under a Creative Commons Attribution-Share Alike 3.0 Unported License.
Based on a work from this source