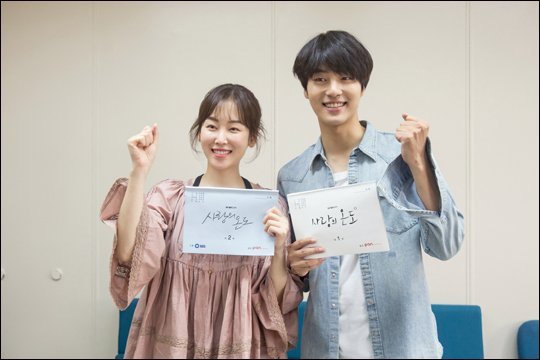 Seo Hyun-jin takes on the role of Lee Hyeon-soo, a newbie writer, and Yang Se-jong plays Oh Jeong-seon, a chef from France.

Seo Hyun-jin and Yang Se-jong have a similar age gap to that of their characters, she born in 1985 and him in 1992.

"The Temperature of Love" will begin in September.

""The Temperature of Love" Seo Hyun-jin and Yang Se-jong overcome 7 year age gap"
by HanCinema is licensed under a Creative Commons Attribution-Share Alike 3.0 Unported License.
Based on a work from this source