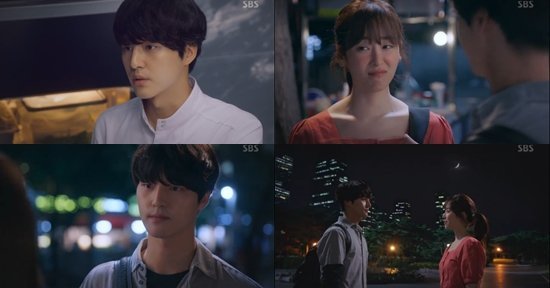 Yang Se-jong is in his first romantic comedy "The Temperature of Love" with Seo Hyun-jin.

The first episode of the SBS drama "The Temperature of Love" delved into On Jeong-seon (Yang Se-jong) and his long time crush Lee Hyeon-soo (Seo Hyun-jin). This is Yang Se-jong's first foray into romantic comedy.

Chef On Jeong-seon pursues good things and doesn't like to dominate or be dominated. He also believes he is tied to his crush, a woman older than him, with an invisible string.

"The Temperature of Love" was a highly anticipated drama as it was the first collaboration between Yang Se-jong and romantic comedy queen Seo Hyun-jin. Some were worried while others anticipated his work, but Yang Se-jong did his best and led the overall atmosphere of the drama.

The scene where he reunites with a shabby looking Hyeon-soo was without a doubt the highlight. He was charismatic but gentle when he asked her to dance at the end.

""The Temperature of Love" Yang Se-jong's first romantic comedy, successful "
by HanCinema is licensed under a Creative Commons Attribution-Share Alike 3.0 Unported License.
Based on a work from this source