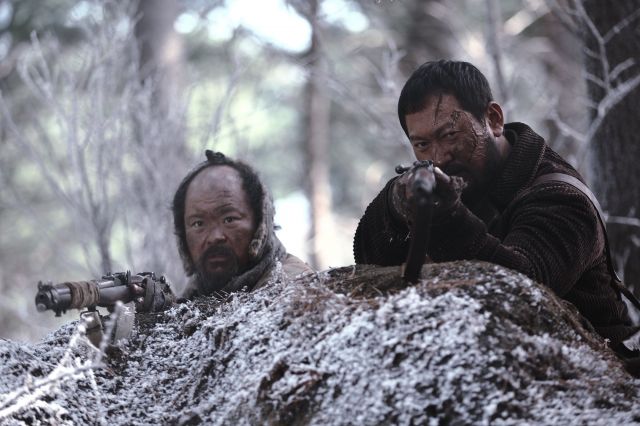 The dual play between Jung Man-sik and Kim Sang-ho in the movie "The Tiger: An Old Hunter's Tale" is outstanding.

"The Tiger: An Old Hunter's Tale" is a tale about the greatest hunter from the Joseon, Cheon Man-deok (Choi Min-sik) and the last tiger. Jung Man-sik plays Goo-kyeong, the leader of a hunting crew and Kim Sang-ho a member of the crew named Chil-goo. 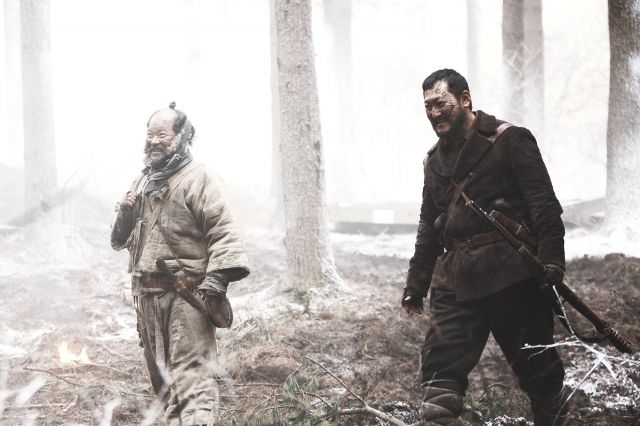 Goo-kyeong is ordered by Japanese officer Maenozo (Ren Osugi) to hunt down a tiger. Goo-kyeong resents the tiger for something that the tiger did to him in the past and has a deep passion to succeed in hunting it down. Jung Man-sik appeared to be scarred all over his face and the passion to succeed was shown through it.

Kim Sang-ho's role of Chil-goo also goes on the hunt but tries to stop Goo-kyeong from bringing in Man-deok into it. Chil-goo knows the story behind Man-deok and Goo-kyeong so he worries about them. Kim Sang-ho met the perfect character through this movie. 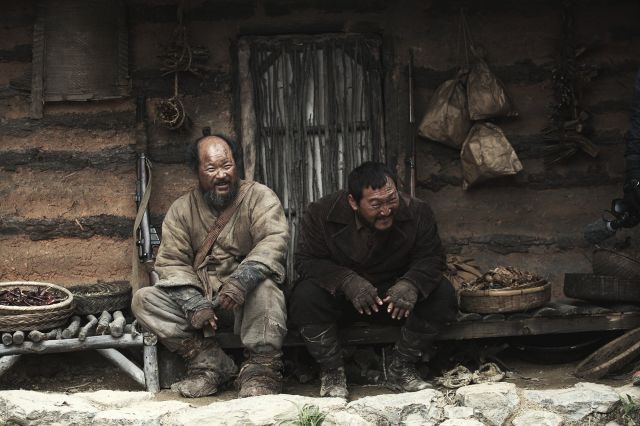 Jung Man-sik and Kim Sang-ho met for the first time in the movie "The Tiger: An Old Hunter's Tale". Their teamwork was so great that neither would have been possible without the other. Jung Man-sik said, "As a human, Kim Sang-ho is a very good and warm actor. I have learned no much from him". Kim Sang-ho said, "I think we will make a great ensemble".

""The Tiger: An Old Hunter's Tale" Jung Man-sik and Kim Sang-ho act as Joseon hunters"
by HanCinema is licensed under a Creative Commons Attribution-Share Alike 3.0 Unported License.
Based on a work from this source