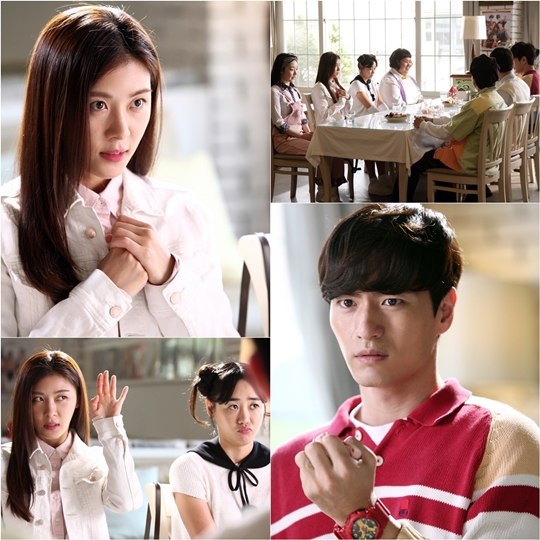 Stills of Oh Ha-na (Ha Ji-won) and Choi Won (Lee Jin-wook) from the new SBS drama "The Time I Loved You" have been released.

"The Time I Loved You" is a romantic comedy about Oh Ha-na and Choi Won who have been friends for a very long time, going through sensitive and intimate feelings for each other.

The stills show Ha-na and Won facing each other at a 'meeting' (group date) coincidentally and being very uncomfortable with each other there.

Ha-na seems to be holding onto something very tight and Won seems to be tense about something. The eight people there pick their partners before they head out on a date and this brings back memories for many people.

According to the staff, "The Time I Loved You" is a comical and sweet romantic comedy and Ha Ji-won and Lee Jin-wook are going to make it even more fun. Jang Su-won is also making a cameo appearance at the 'meeting' scene.

Meanwhile, the first episode of "The Time I Loved You" will be broadcasted on the 27th of June at 10PM.

""The Time I Loved You" Ha Ji-won and Lee Jin-wook's 4:4 meeting"
by HanCinema is licensed under a Creative Commons Attribution-Share Alike 3.0 Unported License.
Based on a work from this source