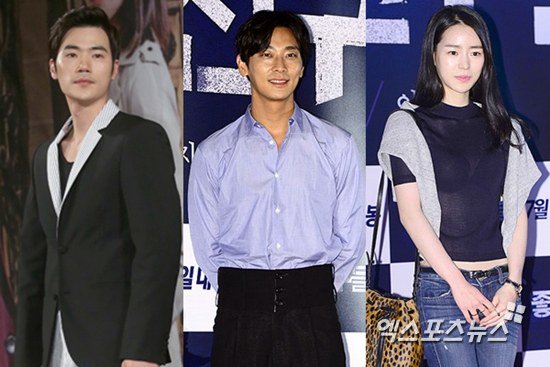 Ju Ji-hoon, Kim Kang-woo, Lim Ji-yeon, Chun Ho-jin, Lee Yoo-young and others have been cast for the movie "The Treacherous".

"The Treacherous" is based in the Joseon King Yeon-san's rule about a subject that seemed faithful but ends up spoiling affairs. This movie is directed by Min Gyoo-dong from "Antique" and Ju Ji-hoon takes on the leading role of Soong-jae.

Kim Kang-woo notorious for his loveable roles in "Tabloid Truth", "Marriage Blue" and the drama "Golden Cross" is also starring in this movie as King Yeon-san who is abandoned by his people and subjects for his eccentric behaviors.

In the role of Dan-hee is Lim Ji-yeon who recently starred in "Obsessed". Dan-hee is responsible for gathering ten thousand beauties from all over the country and gets spotted by Soong-jae but still a mysterious character.

Other casts include Song Young-chang, Jang Gwang, Jung In-gi, Ki Joo-bong and others.

"The Treacherous" starts making in September.

""The Treacherous" cast complete, starring Ju Ji-hoon, Kim Kang-woo, Lim Ji-yeon"
by HanCinema is licensed under a Creative Commons Attribution-Share Alike 3.0 Unported License.
Based on a work from this source