"The Undateables" Lee Moon-shik Gets in Touch With His Character 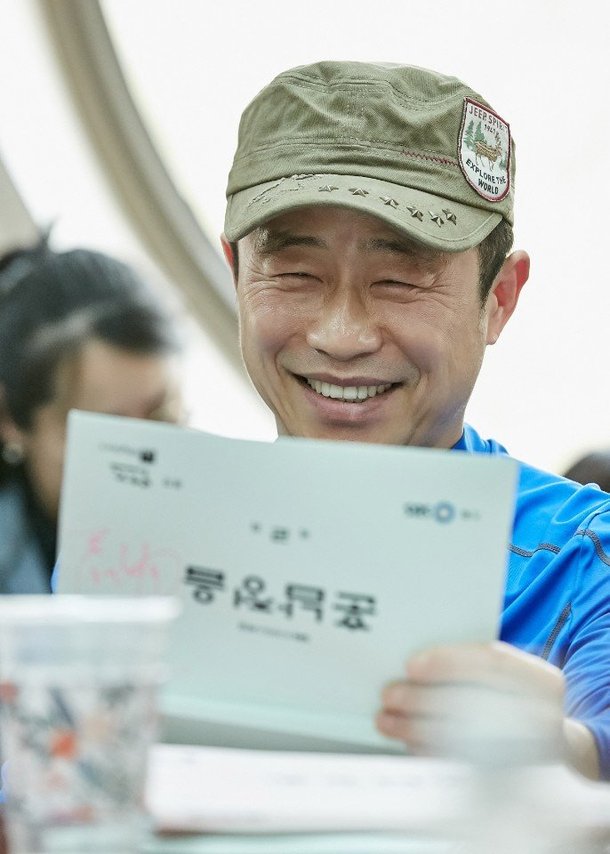 Lee Moon-shik was at the script reading of "The Undateables" and he's smiling like a proud father in the still released of him.

He said, "The atmosphere of the script reading was so good I find myself smiling all the time. The drama content and my character synchronize 100% as well as the other characters. I can't wait for the drama".

"The Undateables" is a romantic comedy about a man who doesn't believe in love who ends up falling in love with a woman.

Lee Moon-shik takes on the role of Yoo Jung-eum's (Hwang Jung-eum) father, Yoo Seung-ryeol, who teaches boudoir handicraft to the elderly in a retirement home. He doesn't have a wife, but instead of being sad, he lives life to the fullest and his happy virus affects his daughter too.

""The Undateables" Lee Moon-shik Gets in Touch With His Character"
by HanCinema is licensed under a Creative Commons Attribution-Share Alike 3.0 Unported License.
Based on a work from this source