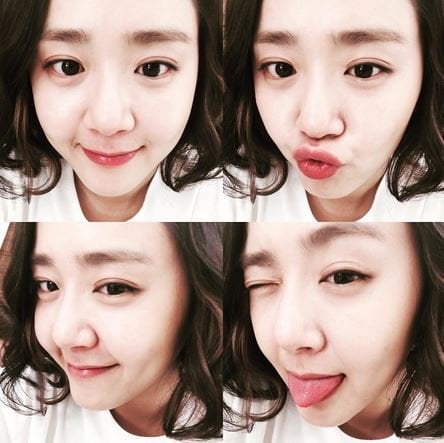 She posted these pictures on her SNS on the 5th saying, "I am waiting again! So much for going home early tonight!"

Moon Geun-young is pouting her lips at the camera, or sticking out her tongue in the selfies. She looks bubbly despite her situation.

Meanwhile, the first episode of "The Village: Achiara's Secret" showed a janitor falling down from a building. This janitor was Han So-yoon's (Moon Geun-young) grandmother.