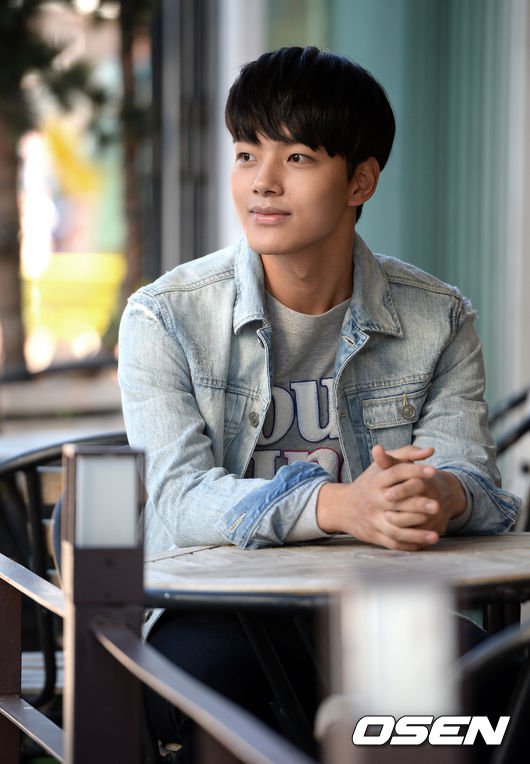 He's barely 20 years old. He has a low deep voice, good looks and a boyish appeal to himself. No wonder everyone calls him 'oppa'.

He's back with the movie "The Long Way Home". He starred in "Shoot My Heart" and "Orange Marmalade" before that. This time he chose comedy.

The following content is for those who have always been his fans and for those who are going to become his fans. This Yeo Jin-goo standard might make it difficult for anyone to get out of it.

1. His deep voice, a woman's preference

One thing about Yeo Jin-goo is his voice. Women fall for voices like these. His low toned voice is much too mature for his age but at the same time he has the menacing look of a boy that doesn't compare to his voice.

However, "The Long Way Home" changed everyone's minds. He plays a junior South Korean soldier named Yeong-gwang in the movie. However, his voice didn't stop him from being funny. It actually made him stand out even more.

Yeo Jin-goo didn't know his voice was that appealing. In a recent interview, he said, "I was confused when I was first told that I had a good voice. I didn't like my voice during puberty".

The voice that he hated is now what earns him so many female fans. He thinks he's lucky and no one can deny that his voice is a very attractive part of this actor. The narration in the movie is also the sound of his voice.

2. Mean and wild on the outside but soft on the inside

He was just a boy in "The Sun and the Moon" but now he's a man. He's not adult but he smells and sounds like one.

His recent public appearances support this. He is tall and his features are better looking every day. His kiss scenes in the dramas "Potato Star" and "Orange Marmalade" stimulated the viewers too.

In the movie "Hwayi : A Monster Boy", he experienced action. It made him look like an animal and he performed well despite his young age.

Still, he's a softy on the inside. He's shy when the subject of love and relationships comes up. In a recent interview he said, "I never had a chance to meet girls because I went to a boy's high school and I am shy around them".

"The Yeo Jin-goo standard"
by HanCinema is licensed under a Creative Commons Attribution-Share Alike 3.0 Unported License.
Based on a work from this source