The youngest couple in "Temptation": Lee Jung-shin and Chae So-young 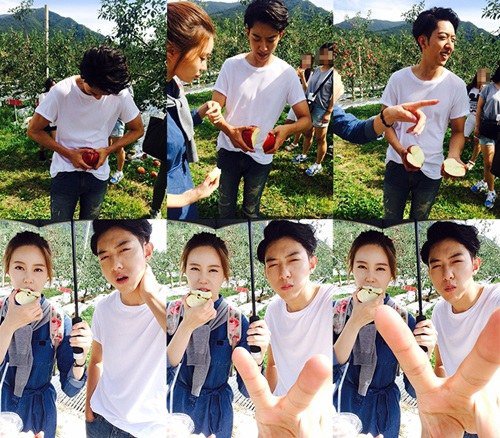 CNBlue singer and actor Lee Jung-shin actress Chae So-young made a statement before the end of the drama.

Through their management, they both said, "We are blessed to have been able to work with great people and staff. We are grateful to the viewers for supporting us and we hope you stay tuned to the final episode!"

A picture of them in an apple orchard came along where Lee Jung-shin is splitting an apple in half and sharing one half of it with Chae So-young.

In the roles of Na Hong-hyu and Yoo Se-jin, the two of them are known as the youngest couple in the drama.

Meanwhile, the final episode of "Temptation" is on the 16th.

"The youngest couple in "Temptation": Lee Jung-shin and Chae So-young"
by HanCinema is licensed under a Creative Commons Attribution-Share Alike 3.0 Unported License.
Based on a work from this source