"There Is No "Special Labor Inspector, Mr. Jo" in Reality" 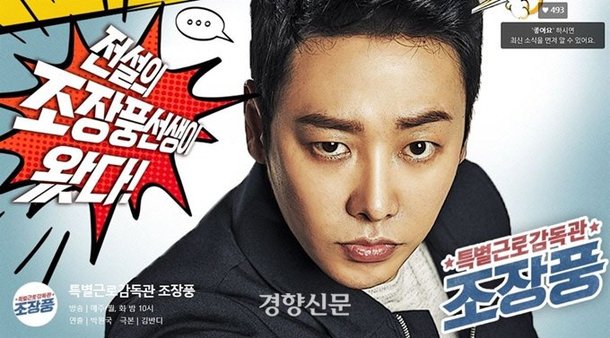 In the MBC drama "Special Labor Inspector, Mr. Jo", there is a just-hearted labor supervisor who punishes evil employers. Most civilians who have been in unfair situations cheered on, and the drama ended with a number 1 viewing percentage.

Is there a just Jo 'Jang-poong' in real Korea as well? In the real world, many labor supervisors are too busy handling reported cases, such as payment of wages, and are thus negligent in their original duties. There are cases where the complainant's information was handed over to the company, where they were ridiculed, and even had their cases delayed for nearly a year.

Jikjang Gapjil 119 revealed cases of labor supervisors abusing their powers. Some of them acted like agents of the company.

8 months after someone known as 'B' joined their company, they had no choice but to sign a comprehensive wage contract. The company didn't pay them overtime. As soon as 'B' sat down with the labor supervisor, the supervisor scolded them, "Why did you come to me when you've already signed it?" 'B' retorted, "How can I tell them I can't work here because I don't like the contract?" They added, "No one, not even the supervisor was on my side".

Some labor supervisors delay the process and cause anxiety to those who submitted the petition. Someone known as 'C', who is a non-regular worker at a large enterprise, had submitted a petition for non-compliance, but they have been waiting for 11 months since then.

Other labor supervisors even threaten their clients by saying they could be counter-sued or fired from work, while some even dismiss the complainant by saying they 'don't have time to read the petitions'.

""There Is No "Special Labor Inspector, Mr. Jo" in Reality""
by HanCinema is licensed under a Creative Commons Attribution-Share Alike 3.0 Unported License.
Based on a work from this source