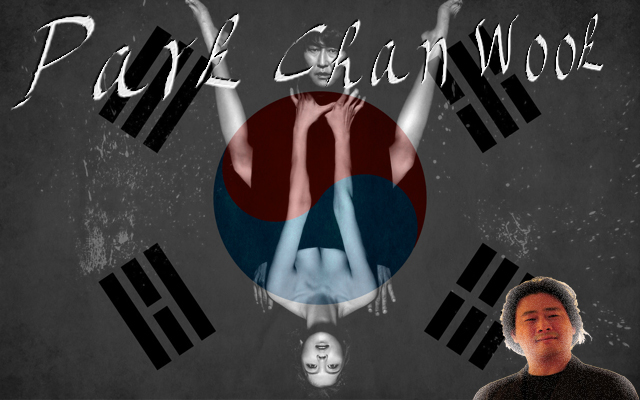 This year will see three of South Korea's most commercially successful and critically acclaimed directors present their English language debuts. Kim Jee-woon ("THE LAST STAND"), Park Chan-wook ("STOKER"), and Bong Joon-ho ("Snowpiercer") have already proved themselves in their homeland, and here at THN we are taking a look back over their past efforts. Here's our first look at the films of Park Chan-wook, join us each week over the course of the next few months as we explore The Land Of The Morning Calm.

Plot: A catholic priest volunteers himself to be given a deadly virus in the name of research. However, during a blood transfusion he is given the blood of a vampire which soon makes him lust, covet, and commit the worst of sins.

After breaking free from the realms of Vengeance with "I'm a Cyborg, But That's OK", Park Chan-wook decided he would once again descend into the darkness of humanity. He chose, as his main subject, vampires. Now then, vampires in our current climate are shrouded with disdain thanks to the likes of Hollywood cack such as TWILIGHT. 2008 saw a dark horse once again give vampirism some bite (anyone?), in the form of LET THE RIGHT ONE IN (my personal favourite vampire movie). But was there really anything fresh to tackle in a vampiric motion picture? Well, if we look at other Korean genre films such as Kim Jee-woon's western "The Good, the Bad, the Weird", and Bong Joon Ho's creature feature THE HOST, South Korea certainly has a way of injecting a fresh voice into a tired and familiar genre. It's with great relief that "Thirst", is perhaps the second greatest vampire film of all time.

The reason Park is so successful in his construction of the familiar mythos is that he explores every single facet in a genuinely enthralling way. First of all we have our main character, Sang Hyeon, a priest. Making our protagonist a man of the cloth makes it all the more tragic when viewing his gradual descent and submission to all of life's salacious temptations. Sang Hyeon is a man who has dedicated his life to purity, so when he gets the cravings to suck blood, make love, and murder, it's damn powerful stuff. Song Kang-ho's performance is so striking in its subtlety. Many actors would have taken the temptation to sin as an excuse to go nuts, with wide eyed grins and garish cackling. Song always gives us that element of shame and disgust at what he is doing.

Another Hollywood trope is to take vampires and give them an extensive universe in which to operate. UNDERWORLD, TWILIGHT, DAYBREAKERS and others have given us worlds filled with vampires, which for me has turned them into easily disposable cannon fodder, placing them in the genre of action more often than that of horror. This film keeps its vampires isolated, lonely, and at no point hints towards any form of acceptance. Nor does it glamorise the lifestyle of feasting on the blood of innocents in the name of self-preservation. Sang Hyeon is also transformed into a vampire without even coming into contact with one. Instead, he volunteers to be infected with a deadly disease and it just so happens that he receives a bag of donated blood from a fierce fanged fiend. We never discover more than that. It's great to just set aside the mystery and focus on character. Making the act of metamorphosis a non-violent act that saves the life of a man donating his body to science makes "Thirst" all the more complex and delicious.

Sang Hyeon leaves the monastery where the experiments were taking place and is seen as a miracle man, having overcome the terrible disease. In a scene reminiscent of that from "Sympathy for Lady Vengeance", Sang Hyeon is greeted by devoted followers who put him upon a pedestal. Sang Hyeon soon finds himself approached by desperate family members asking him to pray for their sick loved ones. This is how Sang Hyeon bumps into an old family of friends lead by Lady Ra (Kim Hae-sook), her son, Kang Woo (Shin Ha-kyun) and his wife, Tae Ju (Kim Ok-vin). Upon Sang Hyeon's visits to their family home he sees an overbearing mother, a wimpy and whiny son, and a downtrodden wife. Sang Hyeon becomes intrigued by Tae Ju, who he perceives to be a delicate and fragile creature.