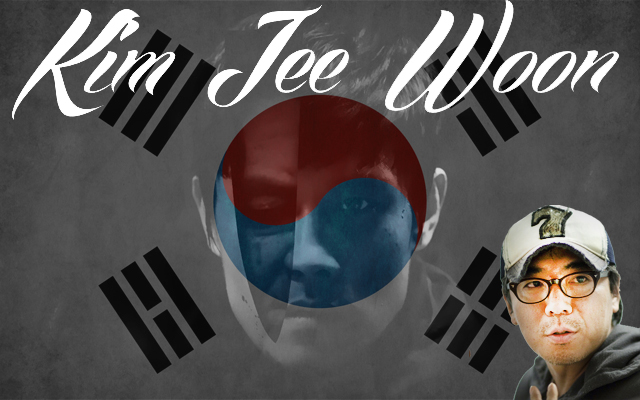 With Gangnam Style destroying the charts the world over, we will soon see a second wave of the Korean invasion taking place. Three of South Koreas most commercially successful and critically acclaimed directors have their English language debuts set for next year. Kim Jee-woon ("THE LAST STAND"), Park Chan-wook ("STOKER"), and Bong Joon-ho ("Snowpiercer") have already proved themselves in their homeland, and here at THN we are taking a look back over their past efforts. Starting with the films of Kim Jee-woon, join us each week over the course of the next few months as we explore The Land Of The Morning Calm.

Plot: After a serial killer murders the fiancé of a secret service agent, he is hunted down in a series of vicious revenge attacks.

Mention the words 'Korean Film' and one's mind immediately jumps to ' revenge '. Not without good cause either. Sure, Korea have given us an incredible array of films but in the early naughties the ones getting the most attention were the films that focused on individuals seeking out vengeance. Director Park Chan-wook even gave us an entire trilogy (which we'll get to later in the series). For anyone who's spent time in South Korea, revenge seems like a rather strange subgenre for the country to adapt. Perhaps it is in some way related to issues of identity concerning the occupation and division of their country. Perhaps the viewing public see revenge films as a way of healthily living out dramatic fantasies concerning their frustrations. Or maybe it is because "Old Boy" became a worldwide smash and the producers wanted to continue with the formula.

Kim already gave us half of a revenge film in "A Bittersweet Life", but that took its time in building up the scenario. "I Saw the Devil" is a whole different kettle of fish. Whereas the former film was about loyalty and betrayal shot in a poetic fashion, "I Saw the Devil" is a brutally cruel and bleak film. There is no hope, no justification, and no future for these characters. The game of cat and mouse that ensues is simply a collision course with disaster. This is Kim taking Korean revenge films to a whole new level. In many ways this is a parody, taking serial killer elements to the furthest and most absurd extreme. If I were to try and describe it in its simplest terms, "I Saw the Devil" is a serial killer revenge film crossed with a Tom & Jerry cartoon. In no way am I trying to undermine the visceral impact of the film. Kim always knows when to show violence and gore, and when to hold back, but the very nature of the film isn't just revenge, it's re-re-re-revenge.

Starting in complete darkness with nothing but the headlights on a car showing us the snow ahead, the film clearly states its intentions. The acoustic guitar haunts the soundtrack, making a nice change from your average serial killer flicks. The driver of the vehicle sees a car broken down wherein sits a young woman, Joo Yun (Oh) on the phone to her fiancé, Soo-hyun (Lee). Kim has his work cut for him here as he must set up a relatable relationship that will allow us to connect to the protagonist in just a few minutes. Such is the danger of jumping straight into a revenge film such as this. The car is white, Joo Yun's coat is white, even the steering wheel and seats are decorated with a soft white cover. This use of mise-en-scene really does highlight her purity and makes her seem as though she is part of the snow falling outside. She's fragile, delicate, and as we soon find out, easy to despatch. She is approached by a contrasting figure all dressed in black. He seems helpful, but this isn't some teen slasher bimbo, Joo Yun keeps her cool and continues her phone conversation with her true love. Kim decides to give us a simple look at their relationship as Soo-hyun, a scret service agent trying to act all cool on the job, sneaks off to the bathroom in order to sing Joo Yun a love song. It's all we need to see to feel the love, and it's enough for us to root for Soo-hyun throughout the film. Well, at least at the beginning.

"THN's Korean Cinema Style Week 6: Kim Jee-woon - I Saw The Devil"
by HanCinema is licensed under a Creative Commons Attribution-Share Alike 3.0 Unported License.
Based on a work from this source