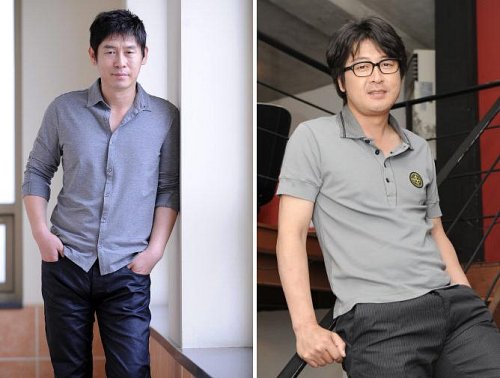 Those who have great acting skills have no time to rest. Korean representative actors Sol Kyung-gu, Kim Yun-seok and Choi Min-sik's next projects have been shaped up. They all selected 10 billion won ($US 10 million) block busters. Their cast has already put trust in the movies at their planning stages.

He had a son last year and took a month off and Sol Kyung-gu plans on meeting more fans through block buster movies this year. He has gathered more than 10 million fans twice with the movies, "Silmido" and "Haeundae". This year he will challenge a third time with the block buster "Tower" (directed by Kim Ji-hoon). This movie is about a fire in a high rise building and is very much life the movie "Towering Inferno" with Steve McQueen and Paul Newman. In the movie, Sol Kyung-gu is a fireman fighting with the fiery beast. Kim Sang-kyung also confirmed cast in this movie and Son Ye-jin is still considering.

Kim Yun-seok, who has shown enough of his charisma in the movie "The Yellow Sea", has also selected his next project already. He will be in the movie "The Thieves" directed by Choi Dong-hoon who also directed "Tazza: The High Rollers" and "JEON WOO CHI : The Taoist Wizard". In this movie Kim Yun-seok is a thief who attempts to steal a diamond in a casino. He has been preparing well for this movie with the director. Also known as the Korean version of "Ocean's Eleven", this movie also has a great cast. Kim Yun-seok, Lee Jung-jae, and Jun Ji-hyun are confirmed cast, and it's likely Kim Hye-soo might come on board. Choi Min-sik strongly came back with movie "I Saw the Devil" last year. He is now passionate for the next project. 10 billion won project "Baghdad" could be his best movie ever. Producer Han Jae-duk from "Old Boy" has "Baghdad" and is a spy action movie about the Iraq war and terrorism. Choi Min-sik is a retired soldier who loses a friend in the war and lives with his daughter. As his cast is being confirmed, this movie is being called the "Taken" of Korea.

Before "Bahgdad", Choi Min-sik will also be in the movie "Nameless Gangster". With the period of the government declaring crime and war in 1990, this movie is based on what happens in Busan. He is going to be a government employee who lived a fierce life at that time. Yoon Jong-bin from "The Moonlight of Seoul" will direct this movie and Ha Jung-woo will act in it along with Choi Min-sik. He will also be in "Punch" by director Lee Han. 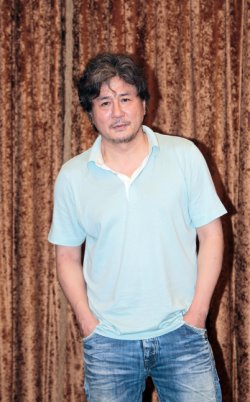 "Three acting masters, in 10 billon won projects"
by HanCinema is licensed under a Creative Commons Attribution-Share Alike 3.0 Unported License.
Based on a work from this source