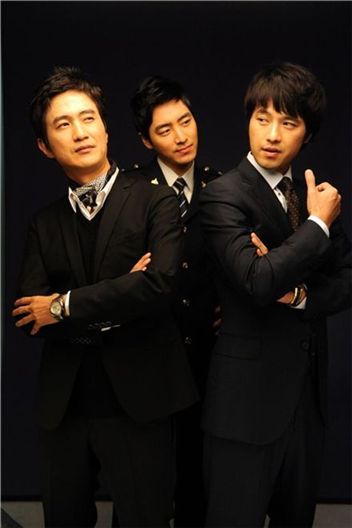 KBS2's "Three Brothers" proved to be no competition once again as it claimed its title as the most-watched television show in the country for the ninth week in a row, statistics showed on Monday.

Figures from TNS Korea and AGB Nielsen Media Research revealed that the weekend drama scored viewership ratings of 38.2 percent and 36.5 percent, respectively, between April 12 to 18.

The family series, based on the lives of three brothers, has been climbing the ratings chart since first airing in October 2009, indicating it may soon breach the 40 percent mark.

Meanwhile, SBS' "Definitely Neighbors" ascended to the No. 2 spot with ratings at 20.1 percent and 21.3 percent on each chart.

Rounding out the top three shows this week on TNS' chart was MBC daily series "Life is Good" which recorded viewership ratings of 19.8 percent, while AGB's survey showed KBS' weekly drama "Good Days when the Wind Blows" came in third with ratings of 20.4 percent. 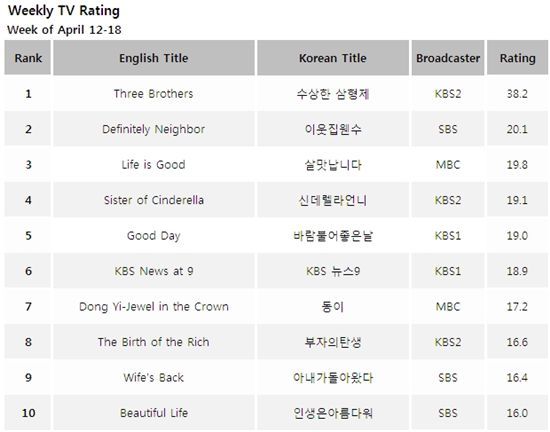 ""Three Brothers" locks grip on TV charts"
by HanCinema is licensed under a Creative Commons Attribution-Share Alike 3.0 Unported License.
Based on a work from this source