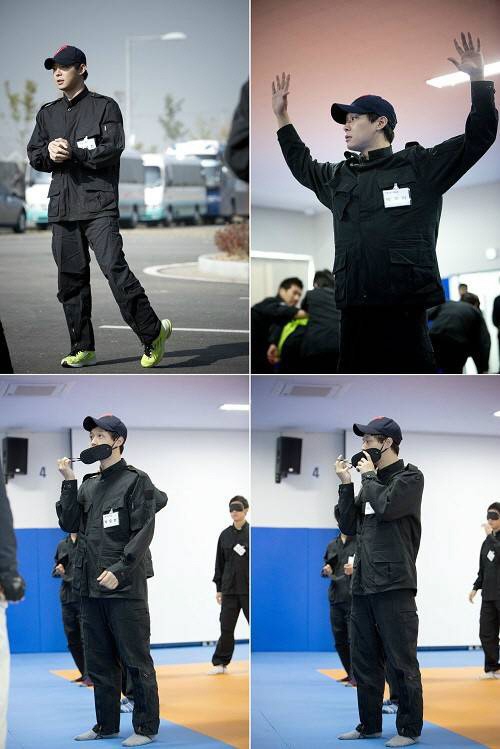 Park Yoo-chun is a bodyguard in the new SBS drama "Three Days".

These are pictures of him during training.

The production claims, "He's currently busy with training and expectations are high in his acting". He takes on the role of Han Ta-kyeong.

As his popularity proves it, this drama has been the center of attention in Japan, China and other parts of Asia.

Meanwhile, "Three Days" is about a case when the president disappears while he is on vacation. To be aired in February.

""Three Days" Park Yoo-chun becomes a bodyguard"
by HanCinema is licensed under a Creative Commons Attribution-Share Alike 3.0 Unported License.
Based on a work from this source