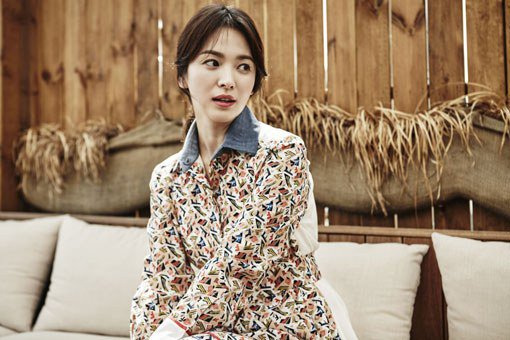 The battle between Song Hye-kyo and the jewelry brand J. Estina is intense. Song Hye-kyo sued J. Estina for using her image without notice in March and both sides are radical. The core of this situation is image rights.

As the issue got heated up, J. Estina claimed that it understands how Hallyu contents influences national finance and that it respects the actress and her company. However, that doesn't mean the issue has died down. Sports Dong A took a look at three issues related to this case.

- Production expense support means use of image without permission?

Song Hye-kyo used to model for J. Estina and the two signed a sponsor contract for "Descendants of the Sun" in October. J. Estina claims the contract states that scenes from the drama can be used offline. The contract was up in January but the contract was about supporting the drama expense so they claim it's fair.

J. Estina has deleted the pictures of Song Hye-kyo on its website and SNS.

The drama production claims J. Estina has no rights to the images of the cast. J. Estina has been warned to make adjustments but it didn't execute so legal actions are being considered. 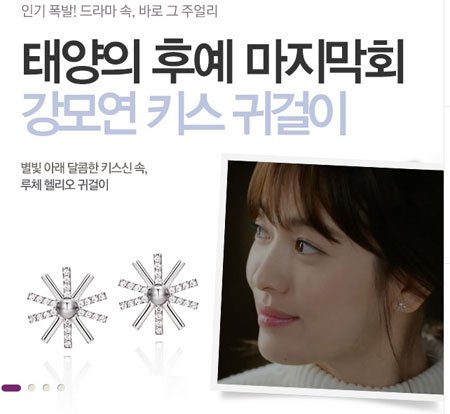 J. Estina supported the drama with 70 million won and not 100 million like it was initially known. J. Estina suggested expanding the contract in December that year but Song Hye-kyo refused. Therefore, the contract was terminated in the following January and J. Estina had to reduce the amount of money being sponsored as it only had two months to promote its products. Also, according to J. Estina, Song Hye-kyo should only have worn products from J. Estina but she went against the contract and wore other items brought to her by her stylist. However, the official PPL product agreed by J. Estina and Song Hye-kyo is a necklace that Yoo Si-jin (Song Joong-ki) presents to Kang Mo-yeon. It was supposed to be revealed on the third episode. The necklace was overly exposed in the camera.

- The story behind the absurd talk about tax

Song Hye-kyo sued J. Estina for her image rights. J. Estina claimed this was morally disappointing then claimed that it has experienced more harm than good from the model because of the tax evasion issue.

However, according to Song Hye-kyo, J. Estina has been asking to use Song Hye-kyo's pictures in department stores in China and duty free stores when their contract was only limited to Korea. Song Hye-kyo agreed to this. But after recent events, J. Estina tried to make a deal of re-signing the model contract or it is going to reveal the amount of harm it experienced thanks to the tax issue.

Previously, J. Estina has claimed that sales went up tremendous amounts thanks to Song Hye-kyo.

"Three issues about Song Hye-kyo's image rights"
by HanCinema is licensed under a Creative Commons Attribution-Share Alike 3.0 Unported License.
Based on a work from this source