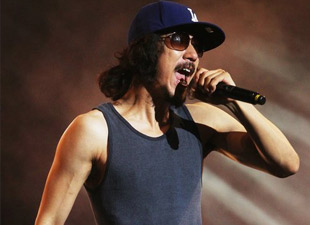 According to Jungle Entertainment on April 2nd, Tiger JK's song "Monster" ranked number one as of March 29th on the k-pop chart of Brazil's famed music charts, BAH.

Tiger JK's popularity in Brazil is not exactly new. The hip hop star and his wife Yoon Mirae (aka T) sent out a video message which aired on a popular Brazilian show Leitura Dinamica on REDE TV last November. The couple were titled as Asia's Hip Hop Stars.

"Tiger JK Dominates Brazil's K-Pop Charts"
by HanCinema is licensed under a Creative Commons Attribution-Share Alike 3.0 Unported License.
Based on a work from this source