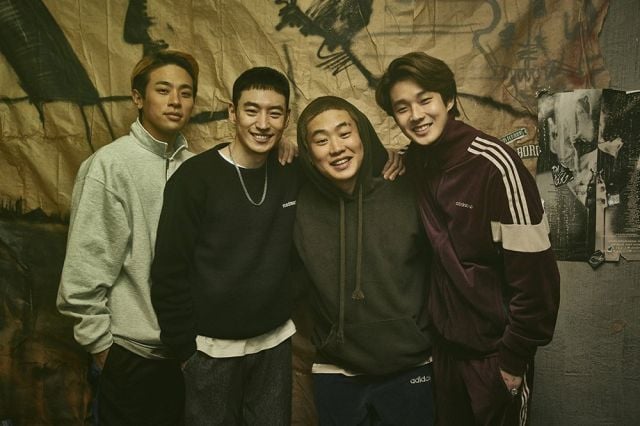 "Time to Hunt" became a topic of conversation when it trended as a real-time search item for major portal sites when the first still cut was released.

"Time to Hunt" is directed by Yoon Sung hyun, a talented rookie director whose insightful eye looked deep into the inner hearts of teenage youths in the movie "Bleak Night".

"Time to Hunt" is about four friends in a desperate city in financial crisis who plan a crime to search for a new utopia, and a mysterious man who is on their tails.

Lee Je-hoon takes on the role of Joon-suk, who dreams of a new life in an island he'd dreamed of going to.

Choi Wooshik is Ki-hoon, a loyal friend who joins his friends in their plan.

An Jae-hong plays Jang-ho who is very fond of his friends and depend on only them in this world.

Park Jung-min takes on the role of Sang-soo, the last member to join the group and their plan.

Park Hae-soo is the mysterious man named Han who goes after Joon-suk, Ki-hoon, Jang-ho and Sang-soo.

"Time to Hunt" starts filming in May.

""Time to Hunt" Park Jung-min, Lee Je-hoon, Ahn Jae-hong, and Choi Woosik's thriller "
by HanCinema is licensed under a Creative Commons Attribution-Share Alike 3.0 Unported License.
Based on a work from this source