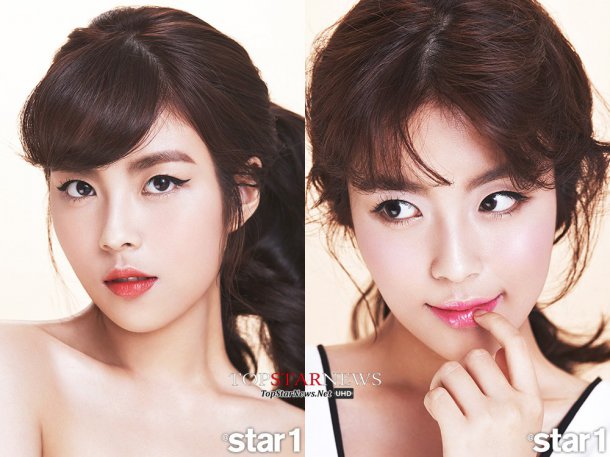 Min Dohee claimed that not one actor from tvN drama "Answer Me 1994" asked her out.

In a recent interview with Min Dohee for @STAR1 magazine, she said that not even a single guy asked her out after the drama.

She smiled as she mentioned it then said, "They claimed they were my fans, but I guess I wasn't womanly enough. I realized that I need to work harder to appeal myself".

"I want a boyfriend very soon. I've said this many times".

About starring in the KBS 2TV drama "Tomorrow's Cantabile", Min Dohee said, "I am honored, but pressured at the same time. It's my first actual drama and I have to use a normal [native] accent".

Meanwhile, Min Dohee's story can be seen in the September issue of @STAR1 on the 23rd of August.

"Tiny G's Min Dohee, "I want a boyfriend""
by HanCinema is licensed under a Creative Commons Attribution-Share Alike 3.0 Unported License.
Based on a work from this source