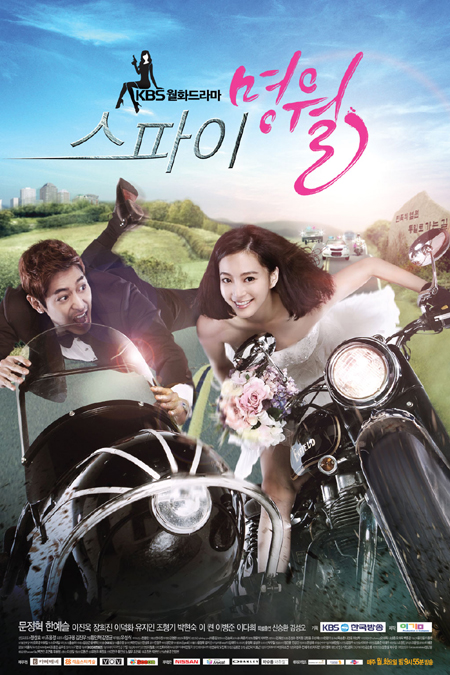 KBS 2TV "Spy MyeongWol" rated the lowest percentage yet with the end very near.

According to AGB Nielsen Media Research, "Spy MyeongWol" on the 5th rated 4.9%. With only one more episode to go, this is a humiliating number.

"Spy MyeongWol" became an issue for its cast and their performance, completion of the script and Han Ye-seul's refusal to cooperate with the staff. It succeeded in drawing attention but not in promotion.

Unlike other dramas which get stronger at the second half of the story, "Spy MyeongWol" has just been decreasing in number.

"Today's drama ratings 2011/09/05 : "Spy MyeongWol" lowest rate yet"
by HanCinema is licensed under a Creative Commons Attribution-Share Alike 3.0 Unported License.
Based on a work from this source