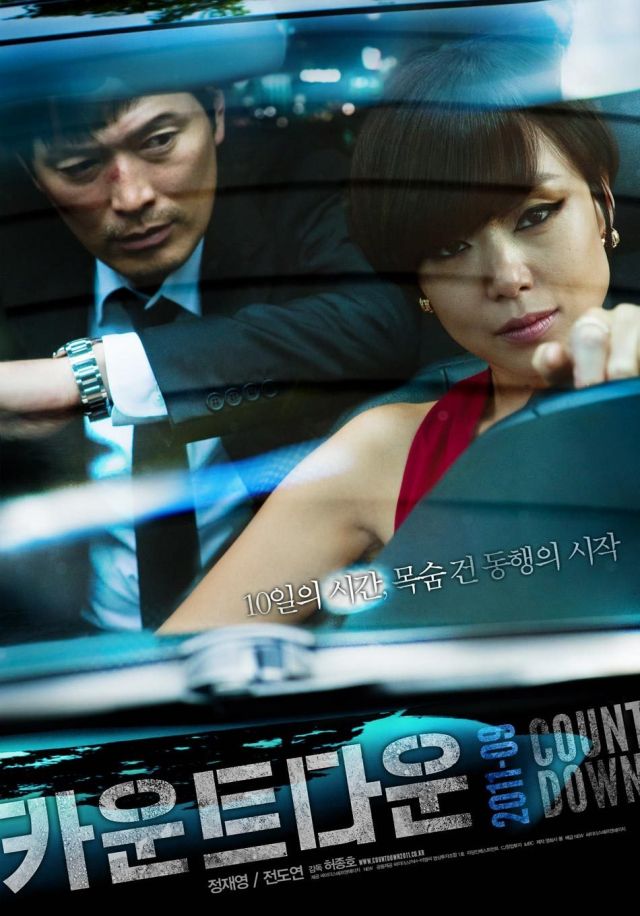 The 36th Toronto International Film Festival (TIFF) has announced the first 50 films to be added to its line-up include the Korean film "Countdown", starring Jung Jae-young and Jeon Do-yeon. Written and directed by newcomer Heo Jong-ho, the film will screen in TIFF's Special Presentations section.

One of the world's most prestigious film festivals and a noted gateway to the North American market, TIFF this year will be held Sept. 8 – 18. In the festival's Special Presentations section, Heo Jong-ho's "Countdown" will be in the company of other films such as Cameron Crowe's Pearl Jam Twenty, Francis Ford Coppola's Twixt, Pedro Almodovar's The Skin I Live In, and Wang XiaoShuai's 11 Flowers.

The festival website describes "Countdown" as follows: "An exhilarating caper starring two of Korea's top actors, Jeong Jae-Young and award-winning actress Jeon Do-yeon, "Countdown" is an highly assured debut feature by Heo Jong-ho that takes the audience through an entertaining journey through the underbelly of Korea".

Jeon Do-yeon previously won the Cannes best actress award for her performance in Lee Chang-dong's "Secret Sunshine" (2007). She also most recently starred in Im Sang-soo's "The Housemaid - 2010", which likewise went to Cannes last year. Her other films include "My Dear Enemy", "You are my Sunshine", and "Untold Scandal".

Jung Jae-young has also won multiple awards in Korea for his performances in films such as Lee Hae-joon's "Castaway on the Moon", Bae Jong's "Welcome to Dongmakgol", and Kang Woo-seok's "Moss".

The international contact for "Countdown" is People In Communications (PIC).

In Korea, "Countdown" will be distributed by N.E.W. and SidusFNH with a release date planned for this September. The film is currently in post-production.

"Toronto film festival takes Countdown"
by HanCinema is licensed under a Creative Commons Attribution-Share Alike 3.0 Unported License.
Based on a work from this source