"Tough As Iron" to be released for 15 years and above 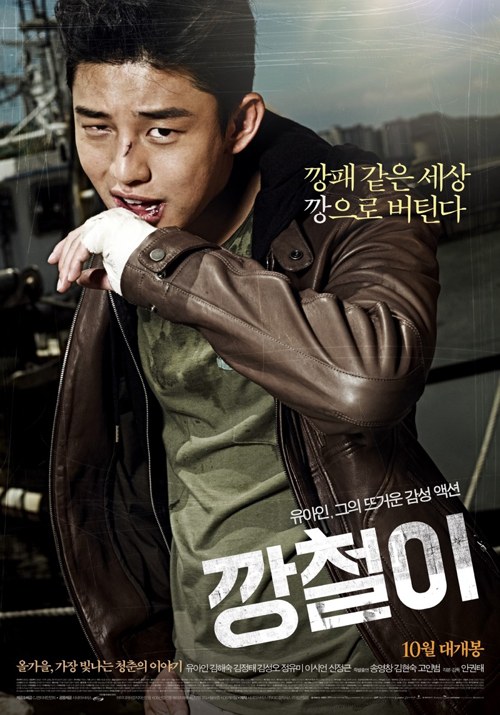 Yoo Ah-in and Kim Hae-sook's movie "Tough as Iron" will be released on the 2nd of October rated 15 and above.

"Tough as Iron" is about a Busan man named Kang Cheol (Yoo Ah-in) who has lived a tough life, finding himself in a path that will change his life.

Yoo Ah-in attemts at his first action movie and mother Soon-I (Kim Hae-sook), friend Jong-soo (Lee Si-eon), Suzy (Jung Yu-mi) and other characters play along with him. This will be Yoo Ah-in's first movie in two years and many are anticipating his Busan dialect.

Being rated 15 and above means this movie will be enjoyable even without gruesome or violent scenes.

""Tough As Iron" to be released for 15 years and above"
by HanCinema is licensed under a Creative Commons Attribution-Share Alike 3.0 Unported License.
Based on a work from this source