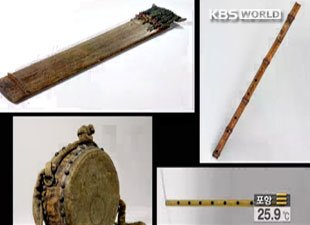 At the time, the Korean government presented the exhibits at the expo in order to declare Korea as a sovereign country with a sophisticated, high-level culture.

However, the musical instruments did not return to their homeland because Korea couldn't afford to bring them back and donated them to France.

The musical instruments will be returned to France after being on display for two months in Korea.