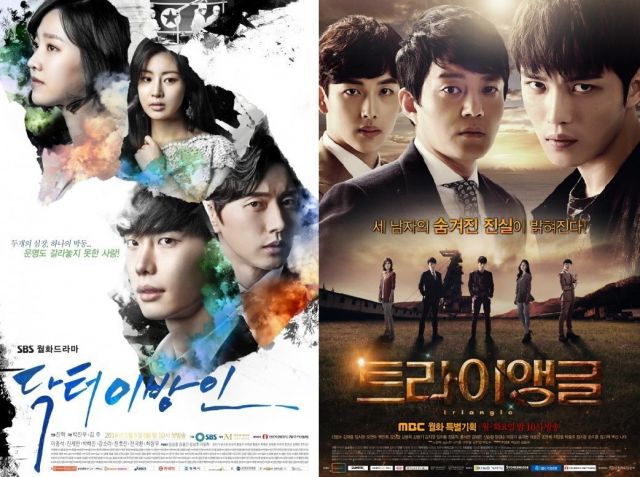 The competition between "Triangle - Drama" and "Doctor Stranger" has begun.

According to Nielsen Korea, MBC "Triangle - Drama" topped the ratings in its first broadcast at 8.9%.

The first broadcast of SBS "Doctor Stranger" rung in closely behind the top spot at 8.6%. Meanwhile, KBS "Big Man" rated closely as well with a solid 8.0%.

""Triangle - Drama" heats up competition, sitting in first place"
by HanCinema is licensed under a Creative Commons Attribution-Share Alike 3.0 Unported License.
Based on a work from this source