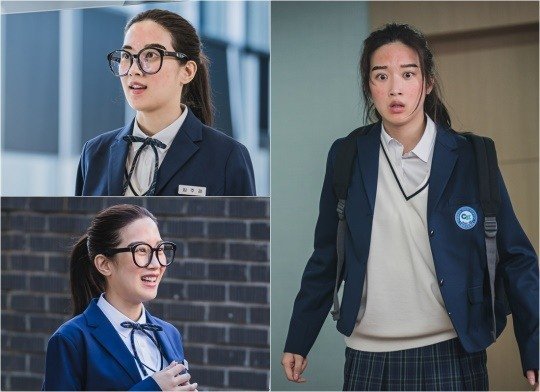 CJ ENM Channel tvN's new Wednesday-Thursday series "True Beauty", and its leading character Moon Ga-young's first still shots have been unveiled. Her visuals steal attention as she is yet to get her makeover. 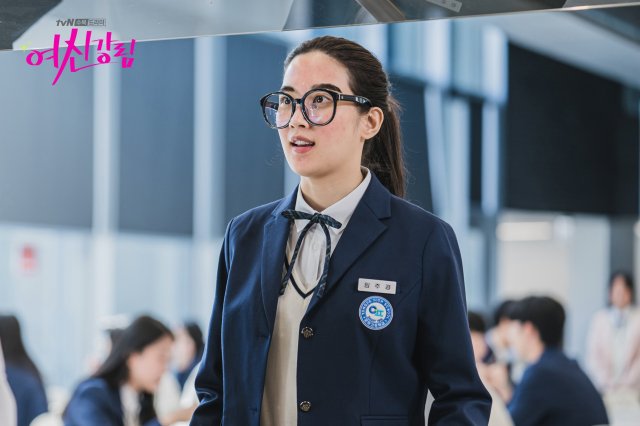 tvN's new Wednesday-Thursday drama "True Beauty", which is scheduled to premiere in December, is a romantic comedy about Joo-kyeong who restores her self-esteem and sense of inferiority about her appearance and becomes a goddess through a makeover. Based on the most popular webtoon of the same name ever, director Kim Sang-hyeob, who was recognized for his sensuous directing skills, is drawing keen attention from enthusiastic fans.

Moon Ga-young plays Im Joo-kyeong, the goddess of makeover who wouldn't be caught dead without makeup. Im Joo-kyeong is a bright high school girl with super-positive energy who is recovering her self-esteem by overcoming her sense of inferiority with her makeup powers. Moon Ga-young will attract viewers with her bubbly and lively acting. 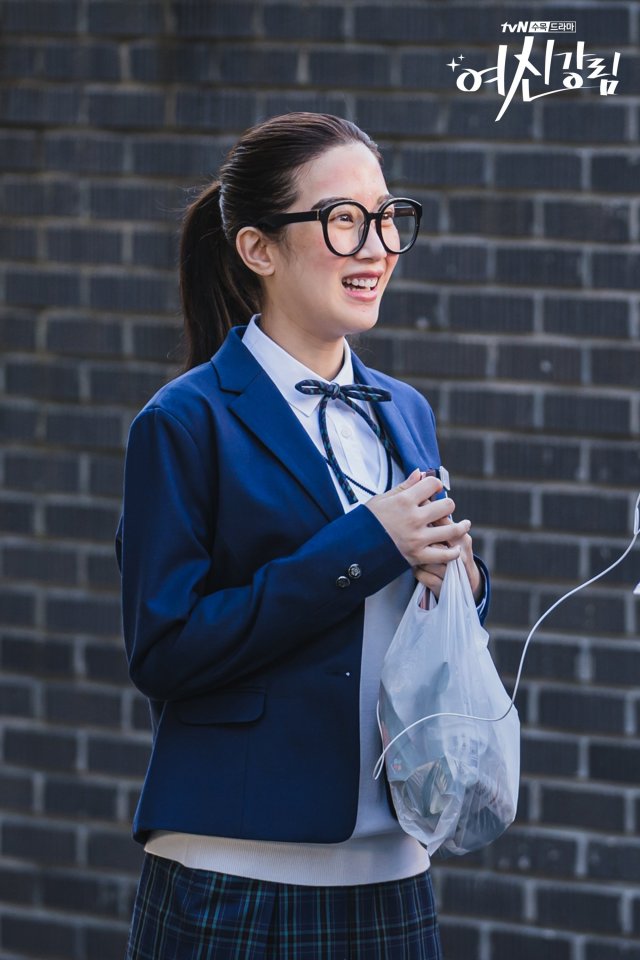 Among them, "True Beauty" released its first stills containing Moon Ga-young's shocking transformation on the 10th, drawing attention. In the stills, Moon Ga-young shows her bare face before the makeover. She has dark eyebrows on black horn-rimmed glasses and her hair is tied back. In addition, the tangled hairstyle and crooked school uniform figure give a glimpse of Joo-kyeong's unattractive days.

Moon Ga-young, in particular, sparkles with her curious eyes, and raises her interest with a bright and lovely smile. Most of all, the super-positive energy that emanates from her automatically elevates the cheekbones of those watching. As a result, expectations are high for Moon Ga-young's unexpected performance and lovely charm, going back and forth between 'goddess Joo-kyeong' and 'no make-up Joo-kyeong'. 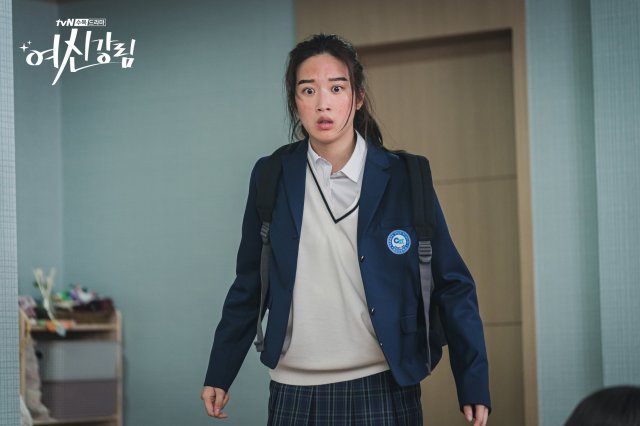 "Moon Ga-young surprised the staff by transforming her facial expressions, behavior, and speech into Im Joo-kyeong herself from the first shooting through delicate character research. Moreover, she not only reveals the scene with her lovely charm, but also shows his passionate performances that do not hesitate to ruin the scene, creating admiration. Please look forward to Moon Ga-young's performance, who will break her life character with Im Joo-kyeong".

""True Beauty", Moon Ga-young's First Stills"
by HanCinema is licensed under a Creative Commons Attribution-Share Alike 3.0 Unported License.
Based on a work from this source