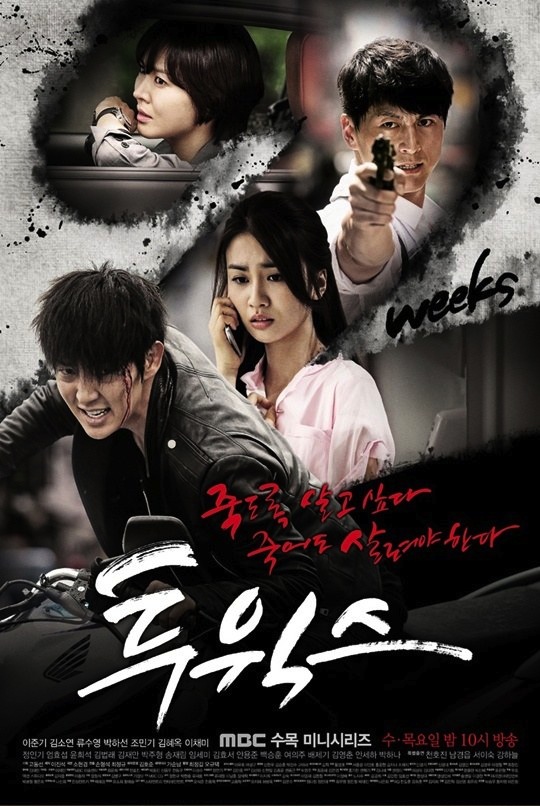 They sound like names for brothers, but they are characters appearing in different TV dramas in Korea. Jang Tae-san (played by Lee Joon-gi) is the main character in MBC TVs Wednesday and Thursday drama series "Two Weeks". He is a fugitive who is mistakenly charged for murder, and struggles to save his daughter. Jang Tae-joo (played by Go Soo) is the main character in SBS TVs Monday and Tuesday drama series "Empire of Gold", and is an ambitious man who seeks a hostile takeover of a chaebol enterprise to take revenge for his father who died due to false allegations.

Jang Tae-ha (played by Park Sang-min) is a character of hard-headed conglomerate owner on MBC TVs weekend drama series Scandal. They come to have similar names because all of them are serious and strong characters, and the screenplay writers sought to pick names suitable for such characters.

Screenplay writer Im Sung-han famous for her distinctive personality, gives special names to characters in her dramas, including Eun Ariyeong, Boo Yong-hwa, Goo Wang-mo, and Boo Gil-la, which are so strange that viewers can remember once they hear the names. The main character of "Princess Aurora - Drama", a weekday drama series on MBC TV, comes with main characters Aurora (played by Jeon So-min) and Hwang Ma-ma (played by Oh Chang-seok). The Hong sisters (Hong Jeong-eun and Hong Mi-ran), the screenplay writer of "Master's Sun", the Wednesday and Thursday drama series on SBS TV, comes with rare family names such as Dokgo, Goo, Tae, Seong, and Na. In some cases, the name of a sponsor company was revealed through the name of the main character, causing controversy.

"Nice Guy", which aired on KBS TV last year, sparked controversy because the main character Kang Ma-ru (played by Song Joong-ki) had the same first name as Chicken Maru, a sponsor of the drama.

"TV dramas use similar names for main characters"
by HanCinema is licensed under a Creative Commons Attribution-Share Alike 3.0 Unported License.
Based on a work from this source