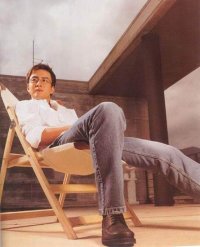 Actor Bae Yong-joon's clout has gone beyond simply drawing a bigger number of tourists to Korea. The super star played a significant role in achieving a surplus in tourism balance of payments.

Ever since Bae was appointed a promotional ambassador for 2010-2012 Visit Korea Years, he has made an outstanding impact on bringing in over 7.8 million tourists to the nation in 2009. "Our initial target was 7.5 million and it was easily surpassed.

The release of Bae's book The Journey in Search of Beauty of Korea diversified the interests of foreign tourists previously centered on Seoul and its vicinity, further to other remote regions of the country, thereby contributing to invigorating regional tourism", said a member of the Visit Korea Year Committee.

The committee analyzed that such impressive outcome is clearly exceptional, considering the global tourism industry reversing the upward trend to post a negative growth for the first time in 6 years after the industry was hit hard by the 2003 outbreak of SARS, as the H1N1 influenza and the financial crisis swept across the world.

While other countries are struggling amid sluggish tourism demand, Korea saw a 15% year-on-year rise in the inbound tourism traffic and the tourism balance of payments returned to a surplus in 9 years since 2000.

As of September 2009, the surplus stood at 320 million dollars and it is forecast to further widen by the end of December. The rising trend was also witnessed in the number of incoming tourists which exceeded the annual 7 million mark for the first time in history.

To break the data down by country, the majority of inbound tourists were from Japan with 4 out of ten being Japanese, followed by China and the U.S. Winter Sonata well captured the charm of Korean culture, prompting a boom in visit to Korea.

In fact, the promotional poster titled "Old Palaces of Korea" featuring Bae Yong-joon recorded a 70% attention rate in February last year, according to a survey by Yomiuri Shimbun, showing how influential Bae is in Japan.

Bae's management agency BOF said, "With his appearance in Winter Sonata, Bae Yong-joon generated more than 4 trillion won back in 2005 in economic effects in both Korea and Japan according to a survey.

We believe Bae played a considerable role in attracting 7.8 million foreign tourists last year after he was appointed a promotional ambassador for Korea in October 2008".

Bae got actively involved in promoting Korea as a tourist destination through the print media and TV advertising during 2009.

He also joined the "Smile Campaign" organized by the Visit Korea Year Committee to encourage Koreans to develop a kinder attitude toward foreign tourists.

Most of all, he certainly lived up to his title as a promotional ambassador for Korea when he held a special event at the Tokyo Dome where 45,000 Japanese fans flocked together in celebration of the publication of his book The Journey in Search of Beauty of Korea which is considered an excellent guide to Korean culture.

"[TV Program] The Yonsama Craze Goes on Despite H1N1 Flue and Financial Crisis "
by HanCinema is licensed under a Creative Commons Attribution-Share Alike 3.0 Unported License.
Based on a work from this source