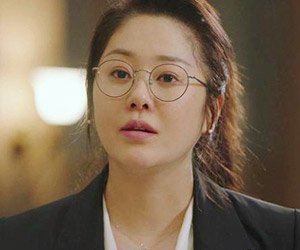 Filming of the TV series "Return" for SBS has come to an abrupt halt after star Go Hyun-jung allegedly assaulted the producer.

An SBS staffer told the Chosun Ilbo on Wednesday, "Ko had a disagreement with producer Joo Dong-min on the set recently, with other actors and staff looking helplessly on and she swore and kicked him".

Joo was not seriously hurt, but the production staff decided that continuing the shoot is impossible at this time and there has been no work in the set since Monday.

"Ko was too emotional for anybody to intervene", the staffer said.

SBS decided to skip one episode of "Return" this Thursday, and instead will air a program on the Winter Olympics in Pyeongchang.

Ko has attracted rave reviews for playing a high-profile lawyer who delves into the truth behind a murder case with a police officer. So far, 13 episodes have been aired. But the star is apparently unhappy about the storyline and how little onscreen time she is getting.

Before SBS could fire her, Ko announced her departure. "Ko decided to quit as she figured it is hard to continue despite her efforts to narrow disagreements with producers and production staff. She is sorry to be unable to play the starring role until the end", said Ko's management agency on Thursday.

This is not the first time she has fallen out with producers. Most notably, producer Oh Jong-rok was replaced while filming SBS soap "Daemul - Big Thing" in 2010.