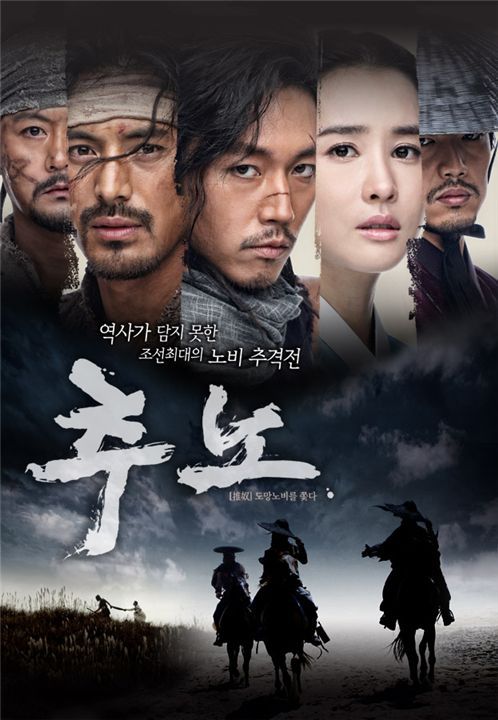 KBS2 TV's new drama "The Slave Hunters" has made an impressive debut on the small screen, breaching the 20 percent mark in ratings during its first week of showing.

According to statistics released by TNS Media Korea on Friday, the Wednesday/Thursday evening drama scored a viewership rating of 24.8 percent viewership on Thursday, the highest figure for its time slot (9:55 p.m.)

Two other prime-time dramas -- SBS's "Will It Snow On Christmas?" and MBC's "Hero - Drama", starring Hallyu star Lee Joon-gi -- trailed behind with viewership ratings of 12.7 and 5.0 percent, respectively.

"The Slave Hunters", starring Jang Heouk, Oh Ji-ho and Lee Da-hae, is a story about a noble man named Lee Dae-gil who becomes a slave hunter after his life is ruined by Song Tae-ha.

"TV series "The Slave Hunters" debuts with flying colors"
by HanCinema is licensed under a Creative Commons Attribution-Share Alike 3.0 Unported License.
Based on a work from this source