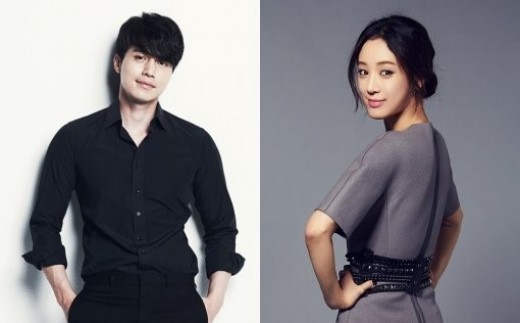 According to tvN on August 3rd, 'Bubble Gum' has been decided to begin at 11 PM on October 26th.

'Bubble Gum' is a romantic love story depicting fairy tales for adults, telling you that people bearing empty holes in their souls will become happier if they stay together.

This is writer Lee Mi-na's debut project for drama, who has been well-known as a main writer of the radio show 'Music City' and the author of 'The Man, the Woman'.

tvN has stated, "Lee Dong-wook and Jung Ryeo-won have confirmed their cast for 'Bubble Gum'. As the actors have been loved much for their strong acting abilities established through their multiple projects, we have much anticipation on the transformation the actors will bring up" and "We strategically changed the timing of initial airtime to match the content of the heartwarming romance drama. We'd like to ask for much anticipation".

Lee Dong-wook will play Park Ri-hwan, owner of 'Hoon & Hoon Hospital of Oriental Medicine'. He dearly regards his mother and his best friend Kim Haeng-ah (Jung Ryeo-won). Lee Dong-wook will ooze his 'hoonnam' appeal (a hardworking and integrate man of warm personality) in his first drama with tvN.

Jung Ryeo-won will play Kim Haeng-ah, a producer of a radio station in her eighth year employment. Although she is someone of an easy going tough personality, she has a painful mental scar from the past. She is a friend with Park Ri-hwan (Lee Dong-wook) since their childhood. Jung Ryeo-won is returning to the small screen after a while since MBC's 'Medical Top Team'.

"tvN confirms "Lee Dong-wook and Jung Ryeo-won for 'Bubble Gum'", scheduled to begin on October 26th"
by HanCinema is licensed under a Creative Commons Attribution-Share Alike 3.0 Unported License.
Based on a work from this source