tvN Dramas Continue to Be a Disappointment

New dramas have constantly been pouring out, but they have been rather disappointing. As of the first half of 2020, a total of 14 dramas were aired on tvN. Although there have been various attempts in genre, there aren't many that left a deep impression on their viewers.

The best drama in the first half of the year was definitely "Crash Landing on You". It drew attention even before the show was aired with the meeting of star writer Park Ji-eun from "My Love from the Star" and "Producers" and actors Hyun Bin and Son Ye-jin. 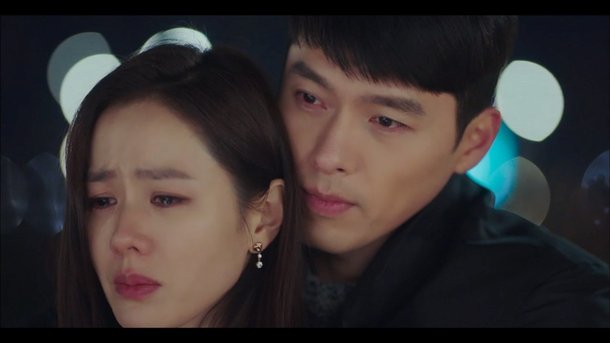 Although there were some likes and dislikes in the early stages of the broadcast due to unrealistic settings and near-fantasy developments, it was a box office success, breaking its own highest ratings in each episode. In the end, the ratings reached 21.7% (the national standard for Nielsen Korea), which was recorded as the highest ratings ever for tvN dramas.

"Hospital Playlist" which drew attention through the combination of director Sin Won-ho and writer Lee Woo-jeong-I of the "Answer" series, also shone in the first half. Even though it was aired once a week, each episode brought about a syndrome and ultimately recorded 14.1%, promising another season. 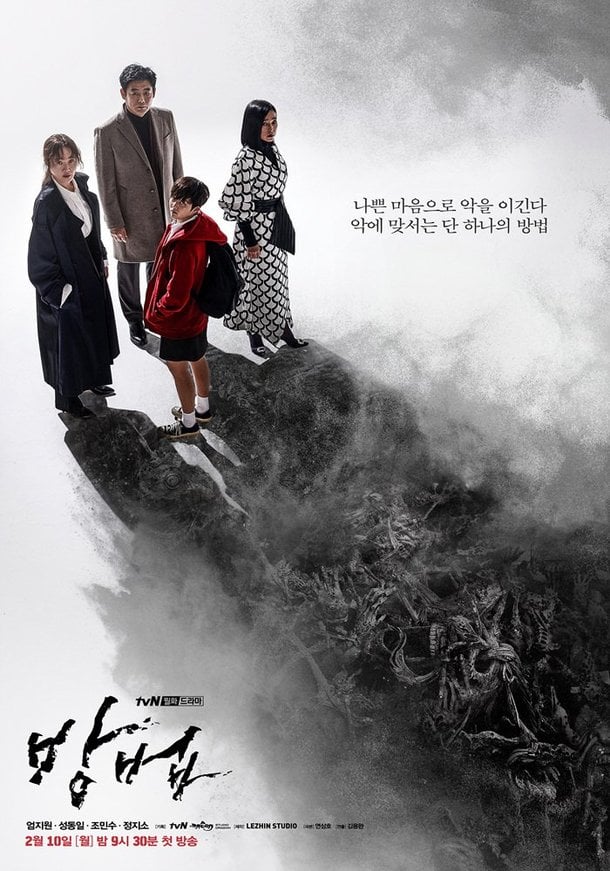 "The Cursed" which drew attention for being the debut of director Yeon Sang-ho's as a drama writer, was also recorded as a drama that caught both the attention and ratings. Despite its unique theme of Korean-style occult, "The Cursed" was supported by enthusiasts with a steady rise in ratings ranging from 2% to 6.7%.

Other dramas, however, fail to set the face of tvN's dramas with somewhat shabby ratings. 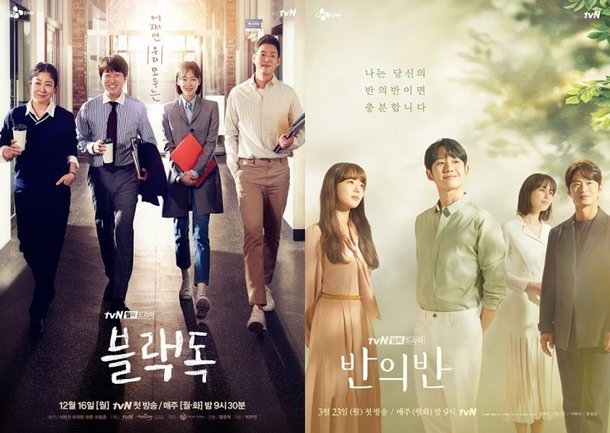 "Black Dog" which tells the story of a part-time teacher, failed to attract viewers' attention with ratings ranging from 4 to 5%. In the case of "A Piece of Your Mind" which had high expectations for starring Jung Hae-in, the drama ended early in the twelfth episode without getting out of the 1% swamp.

In the case of Wednesday-Thursday dramas, the situation is more serious. 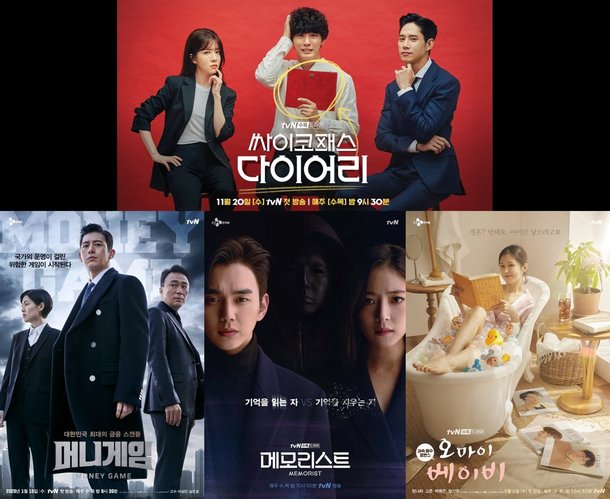 "Psychopath Diary", "Money Game" and "Oh My Baby" all failed to get out of the box range of 1 to 2%in viewer ratings. "Memorist" also hovered between the 2 and 3% range. The highest ratings of all the works is a 3% range.

"Hi Bye, Mama!" which was a sequel to "Crash Landing on You" and Kim Tae-hee's comeback in five years, recorded an average audience rating of 5%. "When My Love Blooms" also failed to rebound, recording an average of 3 to 4%. Kim Soo-hyun's first return to drama in five years, "It's Okay to Not Be Okay" also has a viewer rating of around 5%, falling short of the hot topic.

However, it is too much to judge the quality of a drama based on its ratings alone. This is because the dramas themselves played significant roles by challenging various subjects and genres, dealing with social issues or sending related messages. 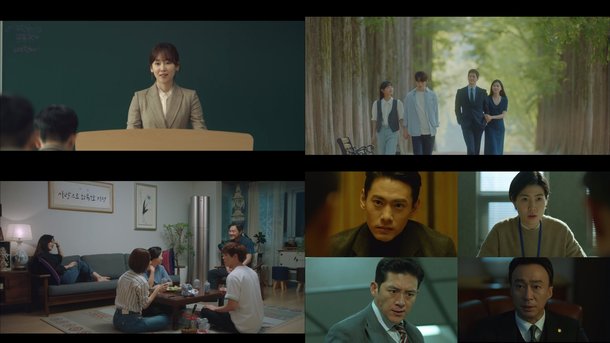 In particular, the subject matter of 'part-time teachers' ("Black Dog"), dark fights in finance ("Money Game"), college days and love stories of the 40s and 50s ("When My Love Blooms"), non-marriage, childbirth, and infertility topics ("Oh My Baby") and hot and honest family stories ("My Unfamiliar Family") have been successful in gaining popularity amongst the fanatics, regardless of ratings.

tvN's anticipated dramas in the second half of 2020 include "Record of Youth" starring Park Bo-gum and Park So-dam, "Secret Forest 2" starring Cho Seung-woo and Bae Doona, and "Start Up" starring Bae Suzy, Nam Joo-hyuk and Kim Seon-ho. In particular, the above dramas are expected to be highly completed in advance. 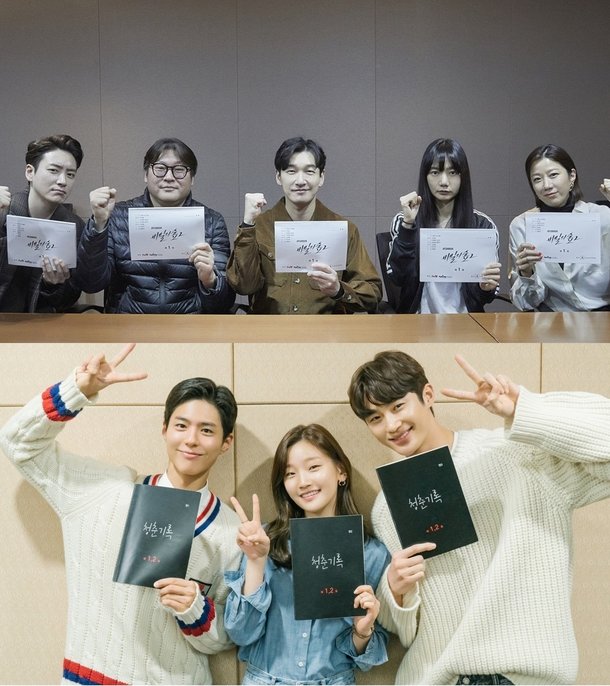 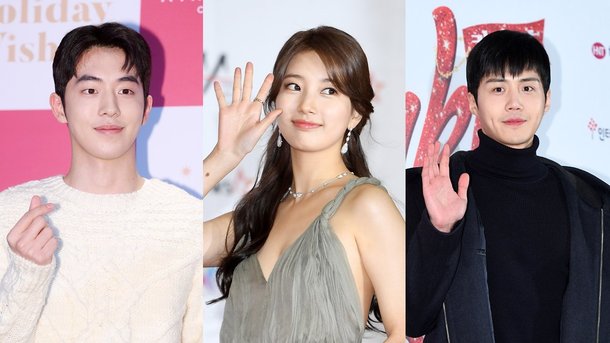 In addition, "Birthcare Center" starring Park Ha-sun and Uhm Ji-won, "Tale of the Nine Tailed" starring Lee Dong-wook and Jo Bo-ah, "True Beauty" which Cha Eun-woo and Moon Ga-young are likely to star in "Vincenzo" which Song Joong-ki and Jeon Yeo-bin being talked for, are among the most anticipated dramas too.

"tvN Dramas Continue to Be a Disappointment"
by HanCinema is licensed under a Creative Commons Attribution-Share Alike 3.0 Unported License.
Based on a work from this source