tvN Dramas "True Beauty" and "Vincenzo", Too Much Product Placements

tvN dramas have been under fire for product placements (PPL) of Chinese products.

In tvN's weekend drama "Vincenzo" which aired on the 14th, the scene of Vincenzo (Song Joong-ki) and Hong Cha-yeong (Jeon Yeo-bin) eating instant bibimbap together in the office was broadcasted.

The problem is that the product is Chinese bibimbap that is not sold in Korea.

Hong Cha-yeong promoted the product, saying, "There should be something delicious when you watch something fun", and the two casually ate bibimbap.

After the broadcast, some criticized whether a Chinese version of Korea's traditional food, bibimbap, should have been broadcasted out, in an atmosphere where China claims Hanbok and Kimchi as its own culture.

In particular, some Internet users complain that the sudden appearance of the Chinese bibimbap was uncomfortable because "Vincenzo" is a drama with high interest around the world, and it stars the Korean Wave actor Song Joong-ki.

This is not the first time that tvN dramas have a controversy over Chinese products. 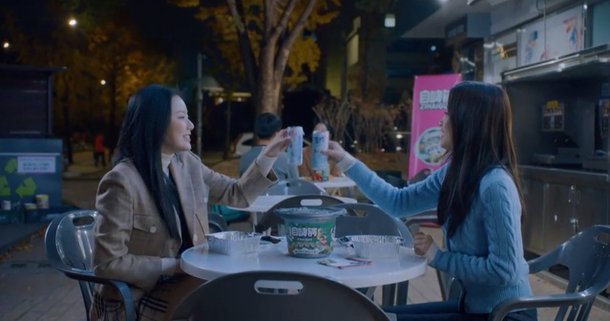 Im Joo-kyeong (Moon Ga-young) and Kang Soo-jin (Park Yoo-na) enjoyed Chinese instant hot pot at the convenience store's outdoor table. Coincidentally, it was the product of the same company as the bibimbap from "Vincenzo".

In addition, there have been controversies over the background of the scene where Im Joo-kyeong (Moon Ga-young) and Lee Soo-ho (Cha Eun-woo) sat, as there was a huge sign of a Chinese company.

Broadcasters are venting their 'realistic worries' that China, which emerged as a 'big hand' in a reality where it is difficult to produce dramas without PPL, cannot be ignored.

"The reality is that Chinese PPL cannot be rejected at a time when the overall industry is shrinking due to COVID-19. In fact, products should be exposed at a level that does not break the drama's immersion level, but it isn't easy to find a good balance".

Both "Vincenzo" and "True Beauty" were produced by Studio Dragon. Studio Dragon has recently been in the hot spot with "Mr. Queen" as well. The drama ended in popularity with nearly 20% viewership, but controversy arose in the beginning of the drama, over the original Chinese anti-Korean writer and history distortion.