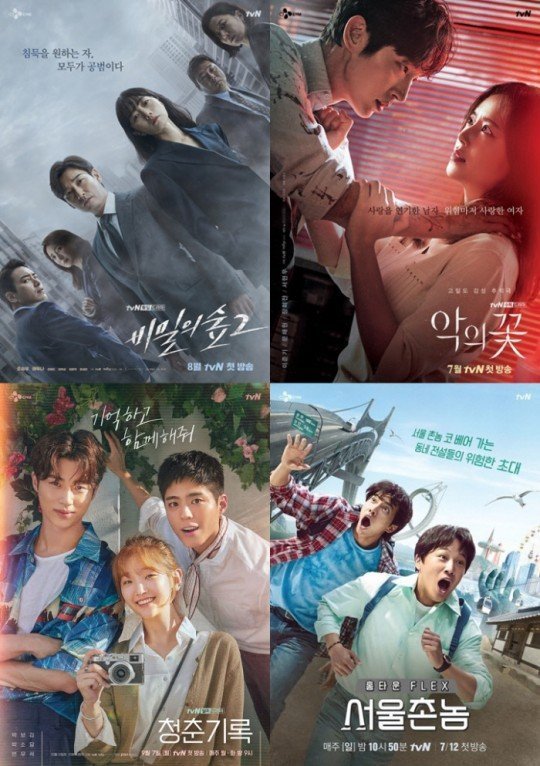 Production of some dramas and entertainment programs produced by CJ ENM will be temporarily suspended.

CJ ENM announced its official position on the 22nd, "We inform you about changes in CJ ENM drama and entertainment production at a time when COVID-19 is rapidly spreading".

"CJ ENM has decided to suspend the production of tvN and OCN dramas from the 24th to the 31st for the safety of the cast and production team under consultation with Studio Dragon. We will inform you separately if there is any change in the broadcast dates of "Flower of Evil" and "Missing: The Other Side". However, tvN's "Secret Forest 2" and "Record of Youth" are scheduled to air as scheduled, as they have finished filming.

At the same time, "tvN's "Seoul Village Guy" decided to stop filming until August 31st. Mnet's "M Countdown", which is a live broadcast, will be closed next week", it added.

Finally, CJ ENM said, "In the case of other entertainment programs, we are keeping a close eye on the situation and making every effort to ensure safety, considering the safety of the cast and the production team as a top priority".

""tvN, OCN Dramas to Cease Production, Safety First" According to CJ ENM"
by HanCinema is licensed under a Creative Commons Attribution-Share Alike 3.0 Unported License.
Based on a work from this source