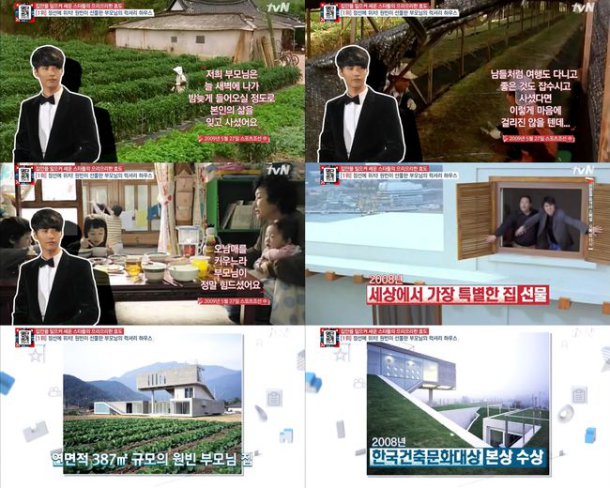 Won Bin, who bought his parents a customized mansion as a gift, was ranked top among the 'Stars dutiful to their parents'.

The number one on the list was Won Bin.

Won Bin once said during an interview with a media, "My parents went out early in the morning and worked until late at night" and "If they could have had good food and gone on a vacation like others, I would not feel this sorry".

He also said, "They had a tough life to raise five children". Won Bin bought one of a kind mansion for his parents in 2008 to appreciate what his parents had done for him. The house was a prominent building awarded Major Prize at the Korean Architecture Awards in 2008.

"tvN's 'Name List' says Won Bin is number one on 'Stars dutiful to parents'"
by HanCinema is licensed under a Creative Commons Attribution-Share Alike 3.0 Unported License.
Based on a work from this source