tvN sitcom, "A Sweet Potato Shaped Like A Star" first drama about the planet 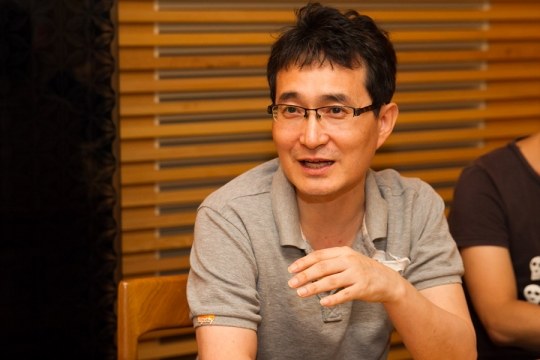 Producer Kim Byung-wook's new sitcom is going to be about the planets.

A press conference was held for the new tvN sitcom "A Sweet Potato Shaped Like a Star" which is written by writers Lee Yeong-cheol, Lee Kwang-jae and Jang Jin-ah.

Kim Byung-wook said, "I put more weight on reality than imagination. I did the same for "High Kick!" and so the mellow was affectionate". He said he asked astronomers for information about planets to make his sitcom seem more real.

Writer Lee Kwang-jae said, "I wrote about planets for the first time. I hope the response to the characters is good as much as the effort I put into it.

"A Sweet Potato Shaped Like a Star" is about the troubling things that happen to the Noh family because of the 'star shaped planet'.

"tvN sitcom, "A Sweet Potato Shaped Like A Star" first drama about the planet"
by HanCinema is licensed under a Creative Commons Attribution-Share Alike 3.0 Unported License.
Based on a work from this source